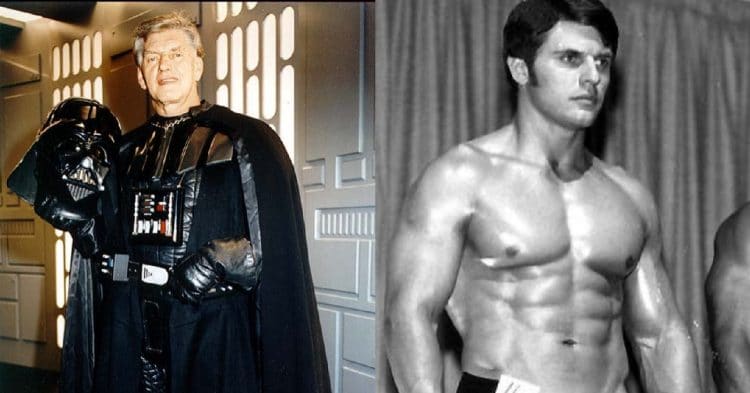 The world has lost another icon, as well as a brother in iron, as David Prowse has passed away. He was 85 years old at the time of his death.

By far, Prowse was known for his role in the initial Star Wars trilogy, playing the part of Darth Vader. While James Earl Jones did the voice of who would become one of the most recognizable villains in cinema history, David did all of the work on screen. The lightsaber battles, force choking, and general menacing demeanor of Vader is all thanks to the six and a half feet tall Englishman, who brought the character to life.

However something that is less known about David Prowse, is his involvement in the world of strength sports. Before he began acting, he was an accomplished weightlifter, winning the British Championships for three consecutive years. In addition to that, he also dabbled in bodybuilding, even competing in the NABBA Mr. Universe contest. During the early days of the sport, in the 60’s and 70’s, David was notable for being such a tall and powerful athlete, but nowadays these accomplishments are overshadowed by what he has done on screen.

Star Wars was not the only major Hollywood production that Prowse had a hand in. He also was hopeful to get the role as Superman in the original film adaptation in 1978, even auditioning for the role. In the end, the filmmakers would settle on the now iconic Christopher Reeve for the role, but they hired David to train Reeve and get him in shape to be a superhero. Not only that, but he appeared in other projects throughout the 70’s and 80’s, such as A Clockwork Orange, Doctor Who, and The Hitchhiker’s Guide To The Galaxy.

Community Reacts To The Death Of David Prowse

Naturally, the passing of David Prowse has had a bit of an impact on several members of the strength sports community, as well as the rest of the world. Below are some of the reactions to this heartbreaking news, from members of our community.

“Born in Bristol in 1935, Prowse was raised by his mother and never knew his father. He developed a passion for bodybuilding and weight training in his early teens and competed in NABBA Mr Universe competitions, where he became friends with Arnold Schwarzenegger and Lou Ferrigno. He also shredded phone books under the stage-name Jack the Ripper.

He won the British heavyweight weightlifting championship three times and was selected to represent England at the 1962 Commonwealth Games in Perth, Australia.

A historical British figure will be remembered for his multitude of success both on and off the screen.”

“The man behind the mask who’s acting formed a big part of the character in Starwars, one of my favourite films.

At a towering 6ft 7” this giant man won the British Heavyweight Weightlifting Championships in 1962 and the following two years he represented England in the weightlifting event at the 1962 British Empire and Commonwealth Games in Perth, Western Australia.

David also became fitness consultant to Harrods, ripped up phone books under the stage name ‘Jack the Ripper’, and opened a series of gyms, including The Dave Prowse Fitness Centre in Southwark. Whilst he was travelling Scotland doing feats of strength he even lifted the famous Dinnie Stones 6 times!

Also apart from being the Green Cross Code Man David helped to train many actors for movie roles including Christopher Reeve for the lead role in Superman and Cary Elwes in The Princess Bride.”

FitnessVolt would like to offer our sincerest condolences to the friends and family of David Prowse. His impact on the world will be felt for generations to come.