Dennis James Shows His Physique At Age 54, And It Looks Impeccable 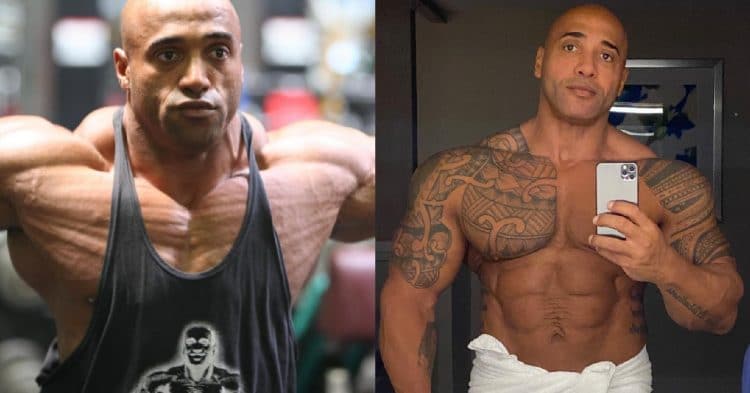 It is approaching ten years since the last time Dennis James took the stage to compete in bodybuilding. However he showed that, even halfway through his fifties, he is still in tremendous shape.

Even as early as his amateur career, people were fascinated at the impeccable physique of James. When he won the Mr. Universe and USA Championships, there was a ton of hype behind the German born bodybuilder. Although he never quite turned the corner into the best of the best as a pro, every time he competed he was a hard opponent for his fellow contemporaries.

At this point, it has been eight years since Dennis James competed. In retirement he has dealt with a pretty serious shoulder injury, which kept him sidelined from training for a bit. However he showed with a recent Instagram post that, despite being 54 years old, he is still in simply incredible shape.

“Physique Update! July 31st 2020. People asked for current pics instead of throwbacks. I hate selfies but I took one (two)for the team lol. 54 years young at 235lbs. This old man ain’t going nowhere. I’m still trying to make it down to 220lbs but my body just wants to stay somewhat big even eating low carbs and double cardio daily. I guess it is what it is! Wish you all a great weekend.”

James explains in the post that he is a bit heavier than he would like to be, but that takes nothing away from how jacked he looks. He still has much of the symmetry and separation that he was known for, and his v-taper is on point. He is not really the type to post regular training updates, but it is clear that he is still working hard.

A lot of bodybuilders struggle with their body breaking down as they get older. However it seems that this is not a concern for Dennis James, who is still absolutely ripped. Being able to defy age and injuries to keep looking this good, deserves all the respect in the world.