Dennis Wolf And His Wife To Become United States Citizens!

Dennis Wolf And His Wife Looking For U.S. Citizenship 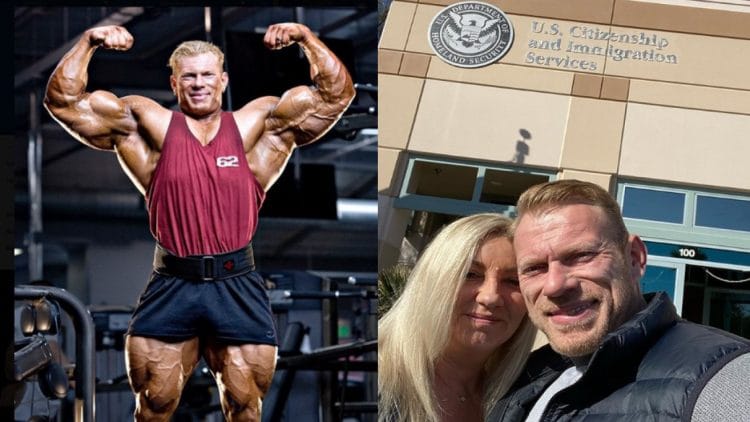 It has been a long road for Dennis Wolf to become a citizen of the United States. However, it seems that wait will be over soon, as he and his wife are looking to take their citizenship test soon.

Wolf has been competing as a bodybuilder for more than 20 years. He has competed at practically every makor contest you can think of, from the Arnold Classic to the Olympia. Moreover, he has been rather successful, having won the Arnold, and scoring as high as third in the Olympia. However, what is crazy, is that he has done all of this while not being a United States citizen.

It is not uncommon for people like Wolf to not have their citizenship, but still actively compete in the United States. Nevertheless, the German bodybuilder has been actively seeking citizenship for a long time. The only problem is that, for most people, it is a long process that can take years of preparation to be able to do.

Well, it would appear that there is a light at the end of the tunnel for Dennis Wolf, in terms of his chances at citizenship. According to a post from his Instagram, he and his wife are preparing to take the Naturalization Test, and exam for those seeking citizenship to demonstrate their knowledge on American history, politics, and customs. If they manage to pass this test, the pair will be one step closer to achieving their goal of becoming citizens of the United States.

“Another important step in our life😊 Going to be Americans soon 🇩🇪 🇺🇸”

If able to be successful here, this will be a massive accomplishment for Wolf and his wife. Being a noncitizen in the U.S. is rather stressful, considering there is always a concern that your work visa will not be renewed, and you will be forced back to your homeland. However, if they are able to secure this citizenship, then this will not be a concern any longer.

Good luck to Dennis Wolf and his wife on their attempt to become United States citizens.