Recently retired bodybuilder Dexter Jackson reveals that he has COVID-19, and that he has been dealing with serious symptoms for almost three weeks 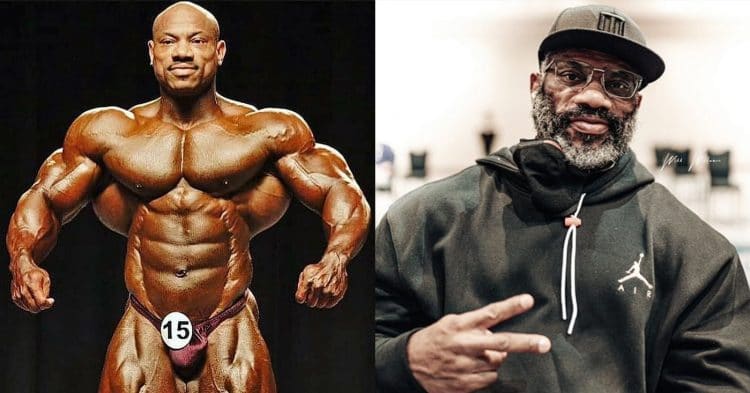 Following the 2020 Mr. Olympia, former champ Dexter Jackson tested positive for COVID-19. Now, nearly three weeks later, he is still having some serious symptoms that he is dealing with.

At 51 years old, Jackson was by far the oldest man competing at the Olympia last year. That did not stop him from finding some success though, as he wound up in a solid and respectable ninth place.

Moreover, Dexter headed into this contest being very upfront about the fact that it would be his final one. So he took this time to reflect and get emotional with fans, meeting as many people as he could.

Unfortunately it seems that all of this close-up interacting with fans backfired for Dexter Jackson. Speaking in a video to his Instagram Stories, the 2008 Mr. Olympia winner revealed that he had tested positive for COVID-19.

The way he explains it, he has been dealing with symptoms for nearly three weeks, which is shortly after the Olympia. While he is still confident that all will be okay, he is still feverish and feeling miserable, generally.

“I wasn’t going to make a video about this, but I thought it was only right that I do, you know?” Jackson said.

“Your boy got COVID, and I’ve had it now for almost three weeks. So all you idiots out there who are saying it’s fake, you’re a f–king idiot.

“I’m 100 percent sure that I can beat it, but who wants to feel like this for three f–king weeks? You can’t understand if you ain’t had it, but the s–t I’ve been going through every day, battling this s–t…

“My upper body gets so hot now that I have to walk around with my shirt off because if anything touches my upper body, then I start sweating like crazy.

“Not my head, none of that, just my body. I swear I probably go through five shirts a day, soaking wet like I just got out of the pool.”

From there, Dexter Jackson implored people to follow the safety guidelines in place, to avoid being in his shoes. That being said, he is confident that he will get through this.

“Don’t be listening to those idiots out there y’all. Trust me, you don’t want it,” Jackson added.

“It’s three weeks, I don’t know when the s–t is going to be over. Hell, it may take four or five weeks, who knows? But I know I’m determined to beat this.

“It’s not going to beat me, you know what I’m saying? Do what you’re supposed to do. Trust me, you don’t want to catch this for three or four weeks, and have to stay home.

“Think about it, you have to stay your ass home.That’s three or four weeks of money that you’re not going to be getting. You gotta think about all of that.”

Hopefully Dexter Jackson has no further issues, and can heal up all the way. This probably is not how he wanted to kick off his retirement, but he seems to be keeping a positive mindset.