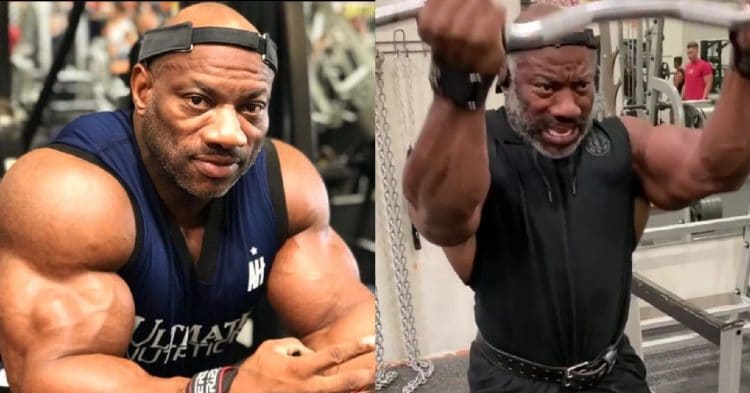 Like most of us, Dexter Jackson has had to spend some time away from the gym. Now that the facilities are reopened, he is back to training, and is looking unstoppable.

Jackson is looking to have his swan song this year, as he approached the end of his career. He originally planned for the 2020 Mr. Olympia to be his final contest before he retired from the sport. Now, with the contest being rescheduled, it seems the 50-year old is still intent of walking away after this contest.

That being said, Dexter Jackson has been training hard for this final performance. Of course that has been made a little more difficult, with gyms having been shut down for the last couple of months. However, as he showed with a recent update to his Instagram, he is finally now able to return to his facility for some training. Judging by the way he looks, it does not seem that he missed a step.

“Business as usual! Back to smashing shit!! My gym has been open for a lil over a week. Are y’alls gyms back open?”

In this session, it seems that Dex is focused on reps, over mass. However the part that sticks out the most is how jacked his arms look. His shoulders are nice and rounded, and he definitely does not look like he has been taking it easy when not in the gym.

This was actually his second session that he posted, back in the gym. The first session came about a week earlier. This one saw the 2008 Mr. Olympia winner doing some cable work, and noting that he had not lost any size while the gyms were closed.

Having scored second at last year’s Olympia, Dexter Jackson will surely be motivated heading into this year’s event. If it truly ends up being his final contest ever, he will almost certainly bring the best package he possibly can, to the stage.

Terry Hollands Reveals The Worst Injury Of His Strongman Career