Terry Hollands Reveals The Worst Injury Of His Strongman Career

Terry Hollands Details The Worst Injury He Has Ever Suffered 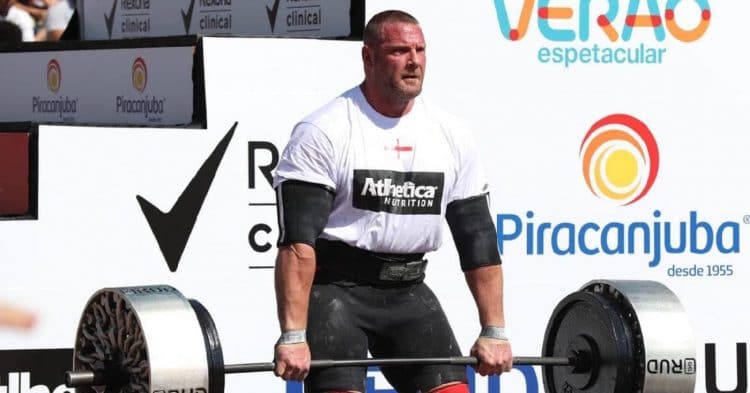 Injuries in sports are quite commonplace, especially at an elite level. However strongman Terry Hollands recently revealed an injury he had, that almost took him out of the sport for good.

Hollands is one of the most successful strongman athletes ever to come out of England, having won the title of England’s Strongest Man, as well as contesting for the World’s Strongest Man title. In fact, at the latter of those events he ended on the podium twice, cementing himself as an elite level competitor. Not to mention, he was one of only five people from England to make to the WSM podium.

With success like that, it makes sense that Terry Hollands has probably dealt with his fair share of injuries, but which one has been the worst? Well speaking in a Q&A session with Brian Shaw, he answered this very question. Apparently it was a bicep tear that nearly did the Englishman in.

“Probably the most painful Injury I had was when I tore my glute. That was really painful, but the biggest I would describe is probably the bicep that I had surgery on. That was probably the biggest, because it took the longest to recover from, and even still now, years down the line, from time to time I still get issues with my mobility and things like that.

Brian reciprocated that the bicep injury was the worst injury he had as well. He explains that these particular types of injuries are fairly common in strongman. Nevertheless, they are very difficult to heal from and super uncomfortable.

Luckily for Terry Hollands, he was able to recover from this bicep tear, and continue training and winning. As a result, we have still been able to watch him put in some Incredible performances, making him an exciting athlete to follow.