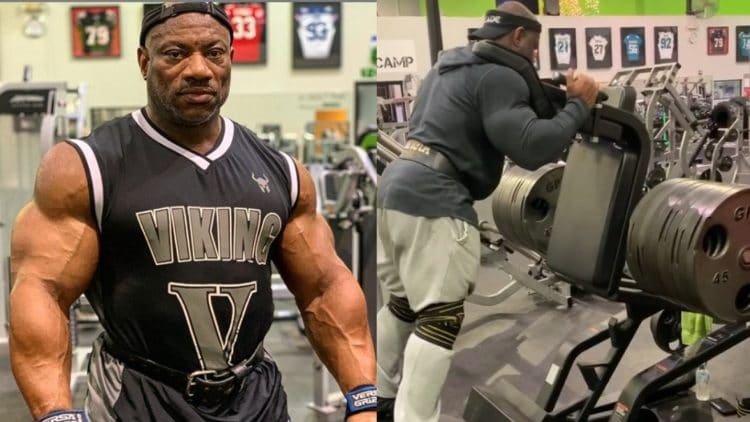 Dexter Jackson may be one of the oldest bodybuilders competing today. However, you would not be able to tell that by looking at his recent training footage.

Jackson has been competing at the highest level for well over two decades. In that time, he has earned a serious about of accolades, including a win at the 2008 Mr. Olympia. On top of that, he has more wins at the Arnold Classic than anyone, being only the third person to win both contests.

However, what truly makes Jackson so special, is his ability to seemingly defy age. At 50 years old, he continues to compete at the highest level, even earning 4th place at the 2019 Olympia. Furthermore, he shows no desire to slow down, as he intends to compete at next year’s event, as well the 2020 Arnold Classic.

Ahead of the Arnold, Dexter Jackson has been doing some serious work in the gym. He gave a glimpse of that work with a recent update to his Instagram. In the video, “The Blade” is absolutely destroying a massive reverse hack squat. How big is unclear, but two things are for sure; it is heavy, and he does not care.

Check out the crazy squat from Jackson:

Judging by the plates, it seems to be that Jackson is squatting somewhere in the neighborhood of 720lb. However much it is, he breezes through the reps like it is nothing. Moreover, he explains in the comments that he prefers to do this type of start, because using free weights is bad for the knees. Nevertheless, it is still quite impressive to see, and shows that he is taking this return to action very seriously.

Dexter Jackson is expected to take the stage at the 2020 Arnold Classic in March. Here, he will be looking for his sixth victory in the contest, furthering his legacy as one of bodybuilding’s greats. With work like this, it certainly seems plausible that he could accomplish that.

How Deep Should You Squat?