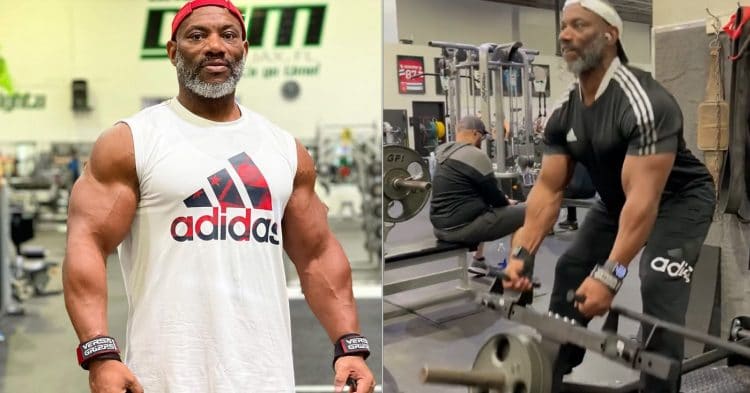 It has been about a year since Dexter Jackson decided to call it a career and retire from bodybuilding, but he has still been looking in great shape. Now he reveals what he has been doing to stay healthy at 51 years old.

The longevity that Jackson had in his career was incredible, having stayed at the top of the sport, even into his fifties. So it comes as little surprise that he is still able to stay healthy, even now that he has retired from competition.

So that makes it impossible not to wonder what his secret is to staying in great health, even after so many years competing. He broke it down in a recent video on his Instagram page, where he explained that he has been going to Cal Alternative Medicine and using hormone replacement therapy to stay healthy, and suggests that his fans do the same thing.

“Fortunately, with the right treatment, many men and women can see significant improvements in testosterone, progesterone levels etc.. to help them live the life they deserve.”

In the video, Dexter Jackson explained that he took about six weeks away from training after retirement, and tried to detox in that time, but that did not stop his blood work from having some crazy results. So after doing some research, which is something that he encourages others to do as well, he found Cal Alternative Medicine.

Here they helped him feel better than ever through HRT, which led to him feeling more alert and energized, and have a healthier body. That being said, he made it clear that these were just his own experiences, and that people should research things for themselves before making a decision.

Like Dexter Jackson says himself, it is important to do research and consult a physician before you do things like hormone replacement therapy. Not everything that is right for one person is good for another, but there are still some interesting points to take away from his experiences.