William Bonac is The Winner of Arnold Classic 2020 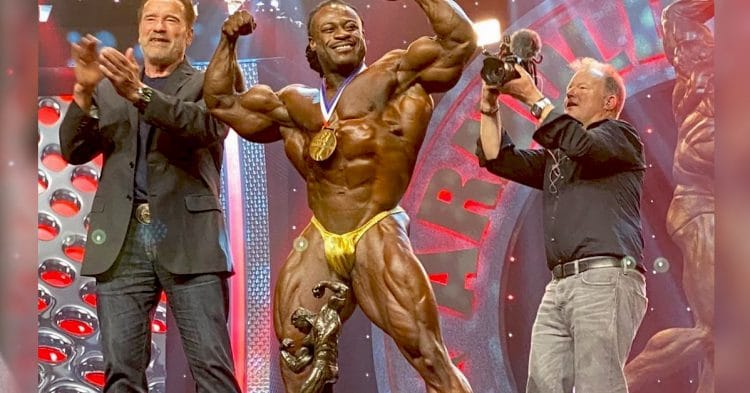 Men’s Open Bodybuilding division is one of the biggest attractions at the Arnold Classic every year in Columbus, Ohio. Dexter Jackson boasts the most victories (five) at this prestigious event and in 2019, Brandon Curry (2019 Mr. Olympia) was able to fend off the other competitors to hoist the trophy.

But 2020 was much different especially with no Brandon Curry and Roelly Winklaar in the lineup, and we had a new champion…

Here are the official results:

William ‘The Conqueror’ Bonac has proven once again that he has what it takes to stand above the rest. He won the Arnold Classic back in 2018 and was the runner-up in 2019. So his win comes as no surprise as Bonac is on a roll, also having placed 2nd at the 2019 Mr. Olympia (his best finish yet) without his coach Neil Hill, and months later, he has earned the title of 2020 Arnold Classic champion!

William Bonac received a trophy and a check for $130,000 from Arnold Schwarzenegger.

Runner up Dexter Jackson received $75,000 and a medal, what a career for the legend.

The legendary Dexter Jackson has won more titles than any other professional bodybuilder in the history. The Blade has made 18 Mr. Olympia appearances, won 2008 Mr. Olympia and 5 Arnold Classic titles (2005, 2006, 2008, 2013 and 2015). And what’s just as impressive, is that he was able to place 4th at the 2019 Olympia at the age of 50 and has never placed lower than 9th at the Olympia since his first appearance in 1999. But he recently announced that the 2020 Mr. Olympia contest will be his last competition. He also plans to compete at the Arnold Classic Australia and Brazil this year.

Big Ramy placed 3rd, Ramy came back to the stage after taking a year off from competition. After placing 6th at the 2018 Mr. Olympia, this time he came in better condition then his last showing but not good enough to win him the 1st place.

Ramy still need a pro win to qualify for the 2020 Mr. Olympia.

Stephen Kuclo, finished a career-best fourth in his third appearance in Columbus. He received $30,000 and a medal from Ricart Automotive and Europa Sports.

Cedric McMillan , finished sixth and received a medal and $10,000 from The Columbus Dispatch and Mount Carmel Health System.

The 2020 Arnold Classic in Columbus Ohio marked Big Ramy's return to competition after a year hiatus. The Egyptian bodybuilder...

So far, 2020 has been a year that many of us would like to just forget about as it seems...

Concerns about the rapid spread of the Coronavirus have been growing. As a result, a petition has begun to make...

The Coronavirus outbreak is causing quite the scare as it has resulted in several cases of respiratory disease, severe illness,...

It's just about that time for the Arnold Classic which is always highly anticipated seeing as it is the second...