Bodybuilding legend Dexter Jackson is still in the gym training and looking unstoppable, even while retired 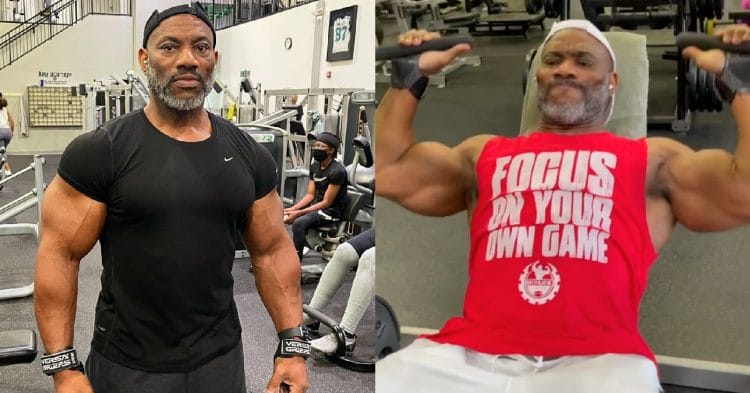 We are quickly approaching a year since Dexter Jackson announced that he was retiring from bodybuilding. Despite that, he is still constantly in the gym, pumping iron at age 51.

Not only did Jackson regularly prove time and again that he has one of the best physiques in the world, but he showed that it is possible to be in the sport for a long time. With 29 wins across nearly three decades of competition, when he finally chose to call it a career at the 2020 Mr. Olympia, he was still one of the best in the world.

This kind of drive and insane work ethic does not just disappear, simply because Dex is no longer competing. He proved that with some recent posts to his Instagram that show him hard at work in the training room, moving around some serious weight while working on his shoulders.

It is crazy to see Dexter still putting this kind of effort into hitting the gym on a regular basis, even at this age. He has regularly discussed his plans to die while training, and while that does not appear to be happening any time soon, he does seem to genuinely mean that sentiment.

Most bodybuilders who have competed for anywhere close to how long he has are dealing with a litany of health issues at this point in their lives, which oftentimes prevent them from keeping up with their fitness. However if anything, Jackson looks nearly as good now, as he did when he came in ninth place during his final Olympia.

He shared something of a physique update a couple of days before this workout video, and to be clear he is definitely downsized compared to where he was at the peak of his career. That being said, he looks to be in better shape than just about any other 51-year old that you will ever see.

The thing that makes Dexter Jackson such a legendary figure in the sport was not just the incredible physique that led him to win the 2008 Mr. Olympia, but it was his longevity in the sport, but it was his longevity and ability to stay relatively injury free, even this late into his career. This is the type of thing that most athletes aspire to achieve, and he continues to be a massive inspiration, not just for current bodybuilders, but for generations to come, too.