Dmitry Klokov, a retired Russian weightlifting champion, has announced that he will be trying his hand at CrossFit, with the 2021 Open 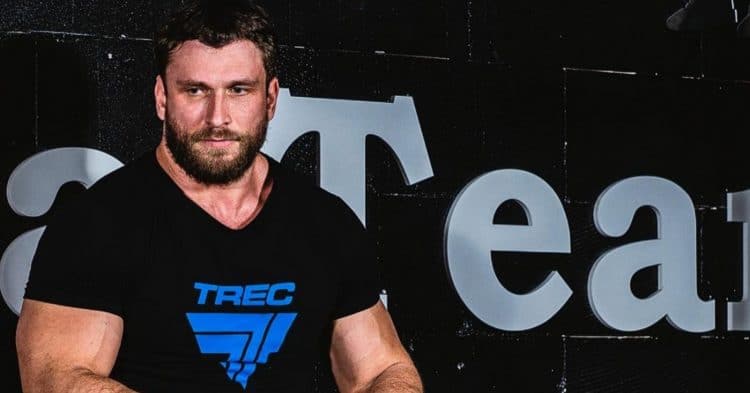 Dmitry Klokov has made a name for himself with his skills as a Russian weightlifter. He will now be making the switch to CrossFit, as he announced his intent to compete in this year’s Open.

In the more than a decade spent as a 105kg weightlifter, Klokov accomplished virtually every goal an athlete has. Not only did he compete at the highest levels and earn world championships, but he even made it to the point where he took silver in the 2008 Beijing Olympic Games.

Unfortunately this would be the only time he could attend the Olympics, as medical issues forced his withdrawal from the 2012 Summer Games. While he competed for a few more years after that, he decided to retire from weightlifting competitions in 2015.

However Dmitry Klokov is not even close to being finished with his athletic endeavors, and has since changed his focus to CrossFit instead. He had done a bit of training in the sport in the past, but has decided to put that training to good use and take things to the next level.

Posting to Instagram, the 38-year old Russian has decided that he wants to compete in the 2021 CrossFit Open. This will be his first foray into competitive CrossFit, and he looks to be a part of the many people who will participate around the world.

It will be super exciting to see how he does here, but Klokov is an ultra talented athlete. He had been building a relationship with CrossFit for a while, and finally decided to take this next step and participate.

As he explained it, he found the sport in 2013 and was immediately drawn to it after giving it a try. He is even working on a film to document the history of CrossFit in Russia, with the larger hope being for it to even get shown on television.

At the end of the day, it is pretty clear that Dmitry Klokov is not at his physical peak anymore. That said, CrossFit has been repeatedly shown itself as a sport that does not discriminate against age or experience, so he still has the potential to do fairly well in the 2021 CrossFit Open.

He has a lot of skills that already will serve as an asset for him in the Open, and he has been doing CrossFit in some capacity for 8 years. So it is going to be exciting to see where he places.