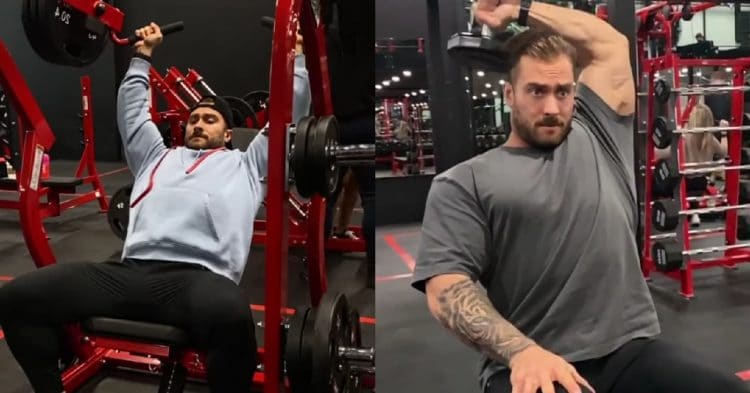 After winning his second Classic Physique Olympia title, Chris Bumstead decided to take a vacation. Now he is back to training, and recently hit the gym for a hardcore shoulder session.

Heading into the Olympia last year, there were a lot of people who wanted to see if Bumstead had what it took to retain his throne. After all, when he won his first title in 2019, he did so by just a single point on the judge’s scorecards, resulting in a bit of controversy.

Nonetheless, he came back in 2020 looking better than ever before. This resulted in another Classic Physique Olympia title, one that he was able to capture much easier, in comparison to his first victory.

After the Olympia, Chris Bumstead took a well deserved break from training and working, spending time with his family and relaxing. However he has recently returned to the gym, and is ready to get back to work.

The Classic Physique Olympia champ took to his fitness Instagram page to share his first shoulder workout since returning to the gym. This intense session was captured and shared with his fans, so they can see the work he is doing and maybe try the exercises themselves.

“First shoulder workout back in a gym, feels good having fresh equipment for the lift”

In the clips, you can see Bumstead doing some incline presses on a machine, as well as some cable work and dumbbell exercises. This workout serves to get his shoulders working and add to the shape of that area of his body.

This was only the beginning of some hard work at the gym though. He followed this post up, with an intense arm workout the very next day.

In this session, the champ can be seen doing a lot of tricep work with skull crushers, tricep pulldowns, Smith machine presses, dumbbell curls, preacher curls, and incline EZ bar curls. It was a tough workout that left his arms with a clear pump.

With Chris Bumstead having taken some away, he seems to be re-motivated and fired up for the year to come. We now know the date for the 2021 Mr. Olympia, and there is no doubt that he has already outlined his plan of attack for this year.

All in all, Chris seems to have everything together in a way that could see him reigning as the Classic Physique Olympia champ for a while. It will be interesting to see how he looks between now and October.