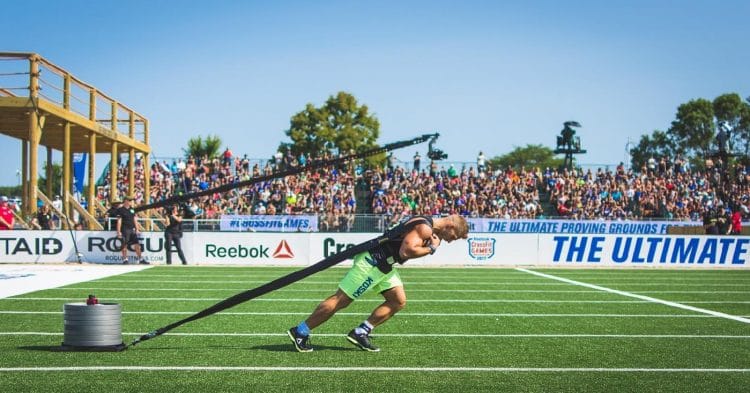 When it was announced that Roza would be taking over the company, it came as a bit of relief. The former owner had been facing backlash for several inappropriate accusations, leaving sponsors leaving, and athletes boycotting. Therefore it came as a breath of fresh air that Eric took over, immediately going into damage control, reaching out to members in the community.

One of the major ways Eric Roza worked to relax the uneasy minds of the CrossFit community, was host a public Townhall meeting, where he could address the direct questions and concerns. Initially he was asked about what surprised him about the community, which he revealed was the deep rooted sense of connectivity throughout the sport. From there, he was asked the first community question, which centered on separations felt between the CrossFit community in the United States, juxtaposed to the rest of the world. This was something he admitted was a fair remark, and one felt by several people.

After a high demand, Eric Roza announced that the 2021 CrossFit Open will be starting in February. He so expressed desire for there to be around 500,000 participants next year, from around the world. As for the 2021 Games, a date has yet to be determined, with the desire to provide as much time for qualifications as possible.

CrossFit In A Covid World

One of the major difficulties being dealt with, during the current global health crisis, is the fact that gyms and fitness centers have been forced to close, leading to a strain being placed on affiliate owners. Eric Roza was asked what the brand hopes to do in order to help these people who are struggling. To him, the best option is to have small, instructor led training class with proper ventilation and no shared equipment. Moreover, he has been working hard to help find ways to help these owners recover during these tough times.

“We’ve given a lot of thought to that, and I will tell you we are hard at work,” Roza said. “We have decided, and we are working with our board of directors now, on establishing a Covid Rx fund, and this is basically how we can help. We are still working on the kinks and contours of it, but I can tell you that within two months, and hopefully sooner, we will be launching a plan to try to help gyms that have had closures due to Covid.”

How Eric Roza Will Mend Fences In The Community

Upon Greg Glassman’s exit from the sport, he resigned amidst major controversy. This stemmed from racially charged comments, as well as sexual harassment allegations, leading to gyms ending their affiliation with CrossFit, as well as some of the sports biggest athletes refusing to compete. Naturally Eric Roza was asked what he plans to do to fix some of these cracks in the solidarity of the community.

“Racism and sexism are absolutely abhorrent, I find them both abhorrent personally. There’s zero place for them in CrossFit, and when I say CrossFit I talk both about the organization that I lead, which is a hundred-some people, and all of us who make our living and represent CrossFit, which is 100,000 people, and a thousand times that amount.

“If CrossFit stands for something, and we know it does,” Eric continued. “It stands for ‘We see people’s common humanity, and we’re not going to discriminant against people.’ We’re going to affirmatively reach out and make sure people feel welcomed. We’re conscious also, that we’re not starting from a blank slate here.”

Roza explained that there will be a coordination within CrossFit HQ to better manage Diversity, Equity, and Inclusion. Furthermore he hopes to find ways to grow in underserved areas bringing CrossFit to those who need it most.

You can’t watch the full Townhouse meeting above, where Eric Roza answers some more questions about what this new era will look like. Things have undoubtedly been challenging in the CrossFit community lately, but he seems prepared and ready to tackle these challenges.