Life and Accomplishments of Whitney Jones 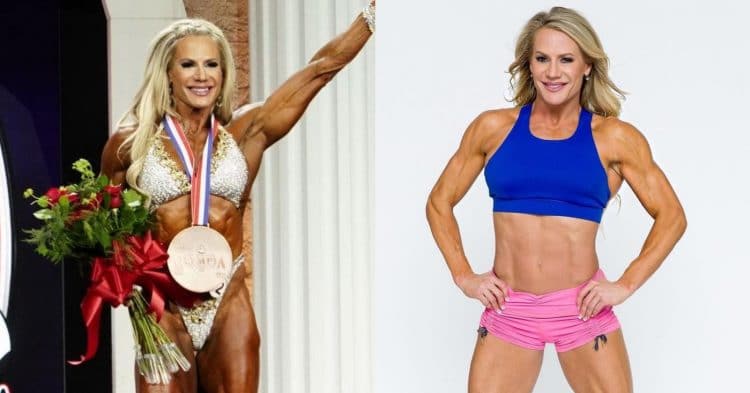 Whitney Jones is an IFBB Pro Fitness Competitor with a variety of different accomplishments under her belt. Her achievements range from being crowned Ms. Fitness Olympia, to being a certified PT.

However, things were not always like this for Whitney. This is how she went from being a hobbyist in fitness to one of the most recognized faces in all of bodybuilding.

Born in Arizona, Whitney Jones was always an active child, playing a variety of sports as a child. She credits having two older brothers as the reason for this active lifestyle, calling it a necessity in that environment.

After schooling, Jones would see her fitness move to the back burner, as she worked in the high paced advertising agency. After realizing that she was losing her life goals to her career, she decided to start a family.

Around the time she was pregnant with her second child, Whitney found herself bedridden for about 3 months due to complications with the pregnancy. It was during this time that she realized how much she missed fitness, and reconsidered her career path.

Whitney Jones earned her NASM personal trainer certification while working at a local health center. However this would not satisfy her true desires, and in 2010 she decided to open the doors to her first fitness center, Az Pro Physiques.

It was around this time that her own training put Whitney in a position where she felt capable of taking the stage as a fitness competitor. Her first event was a local show, and she quickly proved her worth as a competitor by earning her IFBB Pro Card less than a year later.

Whitney Jones earned her Pro Card by winning the 2011 NPC Team Universe & National Fitness Championships. Her pro debut came the next year, when she scored sixth place at the Pittsburgh Pro.

After a handful of decent performances, Whitney earned her first invitation to the Olympia in 2013. She made it to ninth place in this debut under the bright lights but immediately showed that she was someone to watch in the future.

After a few mid-range performances on stage, things started to turn around in 2014. Jones earned her highest placing to date, by coming in second at the 2014 Europa Phoenix Pro.

The next year, Whitney scored her first IFBB Pro victory, winning the 2015 Tampa Pro. While she did not win another contest for a few years, she consistently scored near the top, which was evidence of the work that she was putting in to hone her skills as a Fitness competitor.

The next ev`olution in the career of Whitney Jones came in 2017, when she got her second IFBB Pro win at the Hawaii Pro. Then in 2018, she won the Arnold Classic Fitness International show, which led to her fifth Olympia invite.

It seems that the fifth time was the charm though, as she won the contest, earning the title of Ms. Fitness Olympia. She captured the title again in 2019, before dropping to third place at the 2020 Mr. Olympia.

When it comes to training, Whitney Jones hits the gym six days a week. This is not to include the cardio and acrobatics training that she does to keep up with her routines for the stage.

For the most part, she does a lot of superset training. She feels that this leads to her getting the most out of every workout, as she puts a lot of focus into the specific muscle groups while doing the exercises.

Repeat the circuit three times, with 3-5 minutes rest in between rounds.

When it comes to her diet, Whitey Jones take things very seriously, putting an intense focus on everything that goes into her body. She has a few very strict rules that she follows, to make sure that she is sticking to a strict diet.

These simple rules put Whitney on the path for success with maintaining her diet.

When t comes down to it, Whitney Jones is a great example of what it takes to find success. It is not about the time you take away from fitness, as you can always rediscover your love for the gym.

She also chose to stay motivated, despite not initially finding the results she was looking for. This led to her reaching the highest highs of the sport, finding the right blend of diet and training to reach victory.

Whitey Jones is a truly motivational figure, and the anthesis of what it means to never give up.