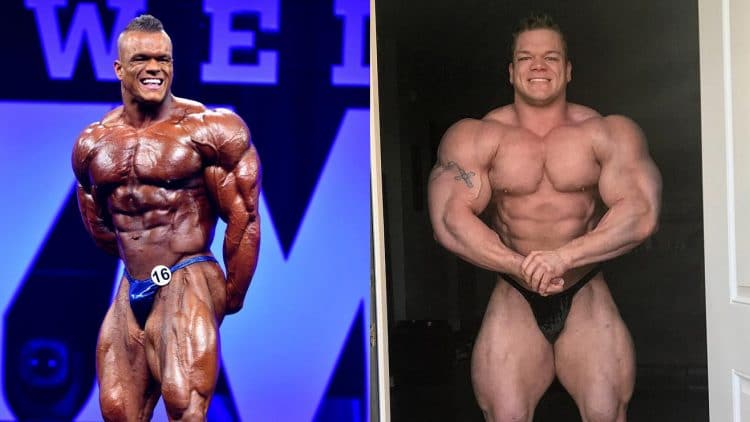 It was two years ago today, when the bodybuilding world lost Dallas McCarver. On the anniversary of his passing, he is remembered by the fitness community.

McCarver was an American bodybuilder who competed under the IFBB banner for a short amount of time. He tragically passed away on August 22nd, 2017 at the age of just 26. According to the coroner’s report, McCarver fell victim to congestive heart failure. This truly was a tragic loss to the fitness world.

On the anniversary of his death, people in the community want to remember McCarver. Fellow bodybuilder, and close friend to McCarver, Josh Lenartowicz was especially grieving on this day. He was the one who found McCarver’s body and tried to resuscitate him, to no avail.

“2 years ago we lost @dallasmccarver and the lives of those that love him were forever changed. His memory and love still lives on, especially when I see the people who called him a son, brother, friend, inspiration, partner, family… the list goes on and those memories will continue to go on until it’s our time to go. Although I considered Dallas a great friend it was a relatively young friendship we had and I wish there were more great memories we could have made, my heart goes out to those that lost him. Rest In Peace brother.”

Additionally, bodybuilding veteran Tony Doherty wanted to remember Dallas McCarver. Doherty is known for creating the Doherty gyms in Australia, along with being a promoter for the Arnold Classic in that region. He also posted a message on Instagram, offering condolences on this depressing day.

“2 years today since Dallas McCarver passed.
.
Sending love and light to all of his family, to @josh_lenartowicz and all of Dallas’s friends and fans.
.
RIP Big Country”

Man I tell ya when I first met Dallas back when he first started making noise in our industry while training with Hany Rambod I remember thinking “this kid has an amazing talent”. Initially someone would think I was speaking of JUST his physique which was obviously impressive, but what I was referring to was his ability to connect with others, bringing forth such an exuberant light that it was only a matter of time he would be Mr Olympia. Watching Dallas evolve was so magical and glorious because of how he truly knew who he was, what he wanted in life and how unafraid he was to achieve it. He was definitely a “gentle Giant” but had the ferociousness necessary to achieve one’s own personal greatness which is probably why I connected with him so much. It still saddens me at times that he is no longer here on this Earth, but when I get bummed, I for some reason feel that energy to stay positive. In fact, I have felt him many times during heavy weight sessions and being that person he wanted to replace as Mr Olympia, I had no choice but to oblige him and go a little harder each rep. Dallas, I know you’re up there enjoying life and I say this with all due respect to anyone reading. “You were the heir apparent” but God wanted you and needed you for something much much bigger, so I continue to pray that when that time comes even for me to pass on that you’ll hook ya big homie up to the coolest set of equipment up there and we can resume our laughter and such. Thank you all for reading this and for anyone sad or upset just remember that he never wanted us to be upset, just look at his smile and how electric it is. Love to all!!!! #RestInPower #dallasmccarver

Here are rest of the bodybuilding community pays their respect to Dallas McCarver on his death anniversary:

Two years later, and the bodybuilding community still feels the hole left by the passing of Dallas McCarver. FitnessVolt offers its respects to him, and condolences to his friends and family.