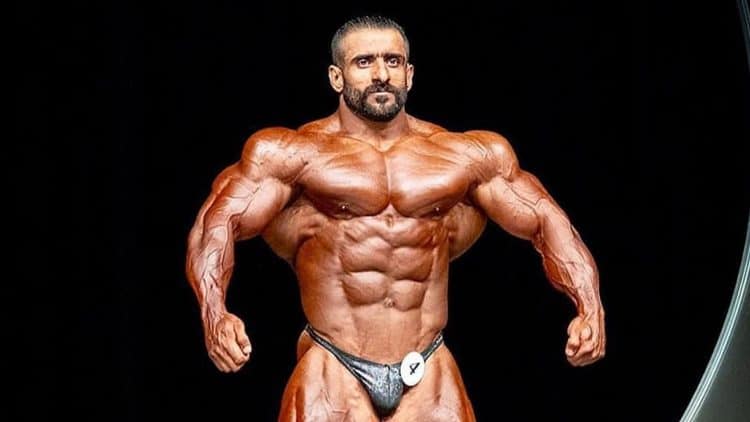 Kamal Elgargni and Hadi Choopan are not exactly best friends. Recently, Kamal called into question the performance Choopan demonstrated in his last contest.

Elgargni is one of the top 212 bodybuilders in the world, coming out of England. Some of his more notable performances include winning last year’s Arnold Classic at 212. Additionally, he scored 3rd place at the 2018 Mr. Olympia, for the same category.

However, Elgargni does have a bit of a rivalry with Hadi Choopan, an accomplished athlete of his own right. Choopan most recently had an impressive victory in the 2019 Vancouver Pro, earning a spot at this year’s Olympia. However, due to issues with his visa, it appears that Choopan will be unable to attend the event.

Nevertheless, this rivalry between Choopan and Elgargni remains. In a recent interview with Muscular Development, Elgargni explains where this stems from, initially giving respect to Choopan.

“I’ve competed with Hadi a few times before, I beat him twice. Hadi’s a great bodybuilder, he’s improved a lot.

But the thing is, he hasn’t competed with the top. When you compete at the Olympia stage with the top guys, and then that’s it.

You’re with the top guys, and then yes, if he wins, that means he’s the best.”

Elgargni then expressed interest in competing with Hadi Choopan again, accusing him of changing weight to avoid the competition. Moreover, he strongly believes that if they were to compete at 212, he would happily win.

At this point, the conversation took a turn, with Elgargni implying some shady things surrounding Choopan’s last performance.

“He’s got massive, he’s got whatever. But he still hasn’t got, I don’t know, there is a pretty beauty of the physiques. Okay, lines he’s got that but to be honest, I don’t if a lot of guys, they seen. He’s trying to play the games which is he has to get bigger.

He’s thick at his waist. What he’s trying to do, if you seen at the Vancouver, the last show. What’s in his shoulders?

Listen, I love bodybuilding, but don’t cheat. Okay, most of bodybuilders, they do this thing, but it looks bad on them.

Everybody saw that. So he wants to get these things to be wider at the top to cover what he’s got in his midsection. You can’t do that man.”

Kamal Elgargni then explains that he really wants to see Choopan compete at the Olympia with other top bodybuilders. However, he explained that Choopan does not have the money to afford proper training. Additionally, he says that while Choopan is an extremely hard worker, he can not pay the fees for competition.

When do you think we will see Hadi Choopan face off against Kamal Elgargni?