See which Classic Physique competitors will be gunning for the title in Las Vegas, Nevada! 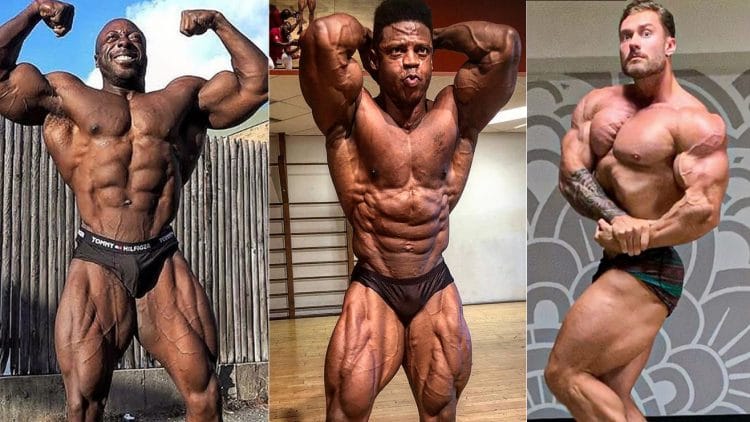 Thousands of fans will be looking forward to watching the top Classic Physique competitors perform at the Olympia from September 12-15 in Las Vegas, Nevada. Some big names will be coming in hoping to win the title and we have an idea of who we could see on the Olympia stage based on past performance and ranking.

Breon Ansley has not placed lower than 1st in any competition since 2016 (4 shows in total). He won the Classic Physique title in 2017 and in 2018 (Also won 2018 Arnold Men’s Classic Physique) and now he’s looking for his third Olympia win. His conditioning and symmetry are outstanding 3 weeks out so it’s not far-fetched.

Chris Bumstead turned Pro in 2016 and placed second behind Breon Ansley in 2017 and 2018 which has got to be tough for the young 24-year-old from Canada. Bumstead explained that he had a minor hamstring tear a few days ago on his YouTube and we hope it doesn’t affect him going into the show.

Bumstead has one of the most impressive physiques in the division and 2019 could be his year if he can pull through.

George Peterson is a strong contender for the title. He also turned Pro in 2016, then went on to finish third at the 2017 and 2018 Classic Physique Olympia contest. And he won the 2019 Arnold Men’s Classic Physique. Peterson is jacked, shredded and ready to take the stage in a few weeks!

Keone Pearson came in 4th place at the 2019 Arnold Men’s Classic Physique competition and then won the 2019 New York Pro Classic Men’s Physique. He’s got impressive size and fullness but Pearson will have to bring the conditioning to really make a statement.

The 2018 Arnold Men’s Classic Physique runner-up, Arash Rahbar could be a top 5 finisher for yet another year as he placed fifth in last year’s Olympia.

Rahbar’s best placing at the Olympia was second in 2016 so he’s got the goods but conditioning is usually what separates a top contender. So, we’ll see if he can make big improvements to jump up in the rankings.

David Hoffman is a potential top 10 contender having placed 11th at 2018 at the Olympia. His conditioning is looking pretty good here but we’ll see if he can hang with the rest.

They call him “Branch” Chen due to his crazy quad development like that of Branch Warren’s. But he’s got an impressive upper body too and is definitely someone to watch.

Ahmad Ahmad is a normally a 212 competitor but he competed and won the 2018 Hurricane Pro Classic Men’s Physique competition. So, we’ll probably see him competing in this division after a 16th place finishes in the 212 Olympia last year.

Henri-Pierre Ano was the 4th place finisher at the 2018 Classic Physique Olympia. He’s a big dude at 6’1, 260 and would be a great addition to the 2019 Olympia. He won the Tampa Pro Classic last year and definitely has the package to show up ready.

Can we expect a three-peat from Breon Ansley or will a new champion be crowned? Maybe we’ll finally see Chris Bumstead at the top or even George Peterson?

In competitive bodybuilding, anything can happen.

The three-time Classic Physique Olympia champion Chris Bumstead recently shared a shoulders workout. Bumstead is one of the most dominant...