Six-time Mr. Olympia winner Dorian Yates opens up about the inception of his bodybuilding career. 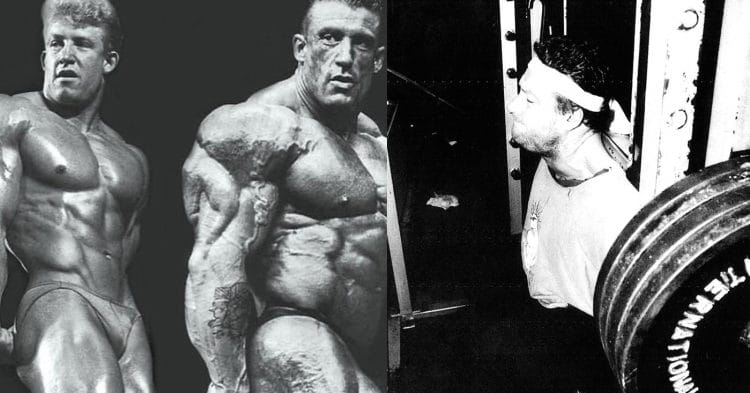 As a six-time Mr. Olympia winner, Dorian Yates remains a potent figure in the bodybuilding game today. The road wasn’t always clear-cut for Yates as the legend shared how his bodybuilding career came to be while serving time in prison.

Dorian Yates shared a motivational post revealing the struggles he endured before his bodybuilding career took off. In his youth, Yates would end up serving time in jail. However, Yates made the most of the time incarcerated as he began powerlifting with his spare time. Despite the hardships, Dorian Yates found refuge in jail and began a successful career as a bodybuilder thereafter.

On Sunday, Yates took to Instagram and underscored even in the darkest times, evolution and success are viable possibilities.

“I started powerlifting in prison because there was nothing better to do.. My inmates considered me to be the strongest. I discovered my talent for bodybuilding when a security guard told me to visit a powerlifting gym in Birmingham.

The rest is history… Sometimes you discover things about yourself in the darkest of times before coming into the light. Keep your head up. Focus… do the work!” Dorian Yates shared.

Admittedly, Yates began his career in a jail cell but was referred to a powerlifting gym by a security guard. After joining the Birmingham gym, Yates is confident that self-discovery and facing adversity go hand and hand.

Over the years, Yates’ opinions relating to the sport have always been valued. From speaking about his diets to showing off his physique at an older age, Dorian Yates remains a pertinent fixture within the bodybuilding community.

Dorian Yates is one of the leading voices in the sport of bodybuilding and has led a career filled with incredible achievements. Despite starting his career during a dark time, Yates capitalized and found success in the end.

The No Ego Bigger Chest Program