Bodybuilding legend Dorian Yates details his decision to start using steroids, and why he chose to retire 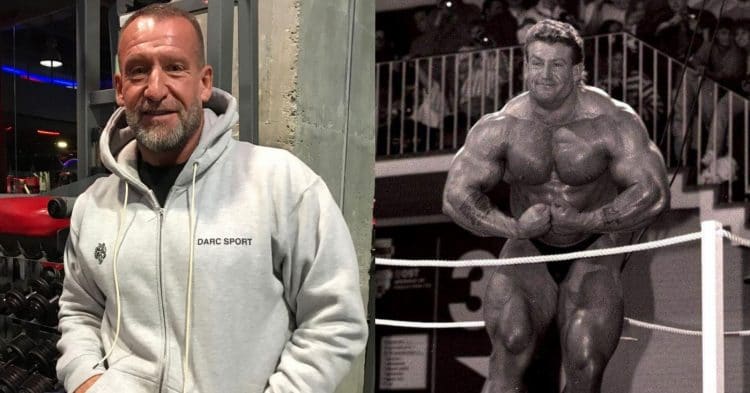 When Dorian Yates was in his prime, the subject of steroids in bodybuilding was a bit more controversial. Nowadays he can look back, and explain why he chose to start juicing in the first place.

As a six-time winner of the Mr. Olympia, it goes without saying that Yates is a legend in the sport. He showed that hard work and determination can get you further than simply good genetics, and he has become one of the most successful athletes in the sport’s history.

With that said, the success that he had did not come naturally, as he has been open about his use of steroids in the later years of his career. Speaking in a recent interview, he explained his decision to start using in the first place, saying that he knew that he would be competing against others who were on gear, so he decided to join them.

“I did my first contest, the local one in Birmingham, with nothing and then you’re in the gym and it wasn’t hard. A lot of the guys in the gym were on steroids, some were competing some weren’t. So I decided when I’m going to do this contest in the IFBB, I’m going to do a little bit of stuff,” Yates explained.

“I still remember the guy that was running the gym, he brought me my first 100 DBOL. So I took a little bit of DBOL for like six weeks I think, put on some size. Then I was taking a shot or two of Primo a week, and a little bit of Anabol for my first contest.

“I did it to prepare for my first contest because I’m like ‘If I’m competing, I know the other guys in the contest are going to be on stuff,’ so I just wanted to be on an even playing field,” Yates added.

Dorian went on to say that he was only taking moderate doses at first, but he saw a drastic gain of about 15lb added in a month. Although in the public eye using steroids was frowned upon at the time, he says that he did not really keep it a secret.

“I had a girlfriend, she knew. I guess I wasn’t close to my family, so they didn’t know. But it wasn’t really something I tried to hide if somebody asked me, it wasn’t a big deal,” Yates said.

“When I first went to the gym and asked people, they were a bit cagey. Like it was an inner circle of ‘You just started kid, no no no.’ Later on you get accepted into the club kind of thing, and people start to talk about it more freely, and they can see you’re serious and stuff.”

This clearly paid off for Dorian Yates, as he went on to have a career that was beyond successful. He then retired while he was still on top of the sport, walking away as the Olympia champ.

While this may have seemed like the perfect exit, Dorian says that this was not a decision he necessarily made, as much as it was made for him. He had a severe tricep injury that left him unhappy with his physique and unable to use the bench properly, so he was left with no choice.

“In ’97 anyway the thoughts about how I need to figure out how to transition this were already there. Then I had this injury, but because of the injury and I was not happy with the way I looked, I was like ‘I want to get the surgery, I want to rehab, and I want to see if I can come back and redeem myself and get better than this because it’s not the way I want to go out,'” Yates explained.

“I did the process and it became apparent as I started training that the left tricep was way weaker than the other side. I couldn’t bench press properly, it was all lopsided, and I was like ‘Okay man, the decision’s been made for you.’

“I was very extreme about it. I was like that’s it. I’m stopping taking the juice and everything, that’s it, I’m finished. I wouldn’t even guest pose or anything. I didn’t want to show anybody my physique because I wasn’t happy,” Dorian Yates continued.

“I could’ve transitioned out, and done more guest appearances and stuff. Okay, I wouldn’t have been a hundred percent, but I’d still be looking great. But I didn’t want to do that, so it was a very extreme from one day to the next, and I had a lot of problems with that really.”

Dorian Yates continues by explaining that even if he had changed his training, he would not have been able to keep going at the high level that his physique was. Maybe if he made the changes earlier that could have given him more longevity, but at that point it was already too late.

As for the abrupt retirement, Dorian says that it was tough to handle and find someone who could relate with him about it. It took him time to adjust from quitting gear, and he had to come to terms with no longer competing.

“It was huge. First of all, it was a very bad decision for me to quit taking anabolics cold turkey. I just stopped. I tried to get some advice on that, but there was nobody to advise me. I probably should have just tapered down to a TRT dose or something,” Yates explained.

“I had this extreme mindset of either I’m doing it or I’m not doing it. So I just stopped, and that in itself can cause depression. Retirement from your vocation and your passion in life can cause depression. So I had that and somebody very close to me passed away, and my marriage was not in a good place. All of it hit me at the same time, so I had a real hard time with depression for a year, a year and a half…

“It was a tough time, and it took me time to get through that and to change my mindset to look from what I’ve lost, to look at what I’ve gained. Now I’ve made some money, I’ve made a name, I can do whatever I want now,” Yates said.

Dorian explained that he found his passion for wildlife and things like that, and focusing on that gave him a way to transition to a new place in life. It was far from easy, but he managed to do it after accepting that he could not change things.

At the end of the day, Dorian Yates will go down in history as one of the best to ever do it. Not a lot of athletes in any sport get to walk away unscathed, but he was one of the few to do it.w