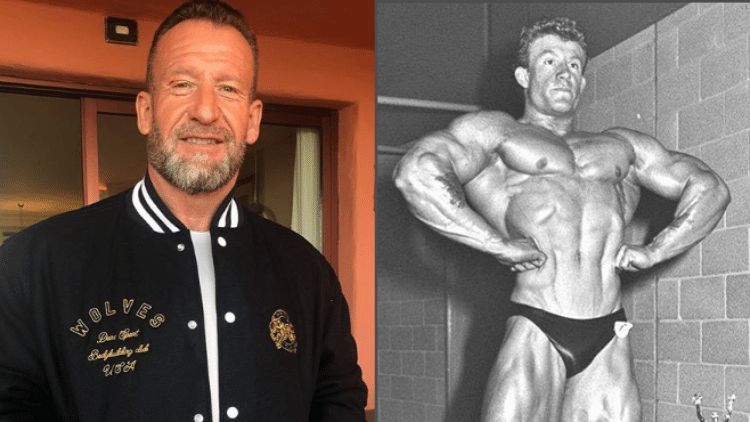 Dorian Yates is one of the most legendary bodybuilders of all time. However, he does not train like a bodybuilder anymore, despite being in phenomenal shape.

Yates is a six-time Mr. Olympia champion, who has been around the bodybuilding game for a long time. He holds the fifth most titles in Olympia history, where he competed in his prime from 1992-1997. At age 57, he still manages to maintain an amazing physique. Unfortunately, injuries forced Yates to retire, perhaps earlier than he would have liked.

So with all the injuries, it is no wonder why Yates would have had to change up his training style. In an interview with MD Global, he gave a bit of an explanation on what training he employs now, and what led him to that point.

I was limited because I’ve got a bicep and tricep injury on my left side, which everybody knows about from my career I guess.

Also, I got a shoulder injury on that side, which actually, it was already injured. It was already a partially torn superspinatus from the bodybuilding, from all the heavy lifting.”

Yates explained that knowledge has grown, since his competition days. Subsequently, he believes he could have done better with training if he had access to the knowledge he has now.

He continued, explaining just how much these injuries affected his training.

I couldn’t train chest hardly much, because all the power from the pressing was gone on that side. If I tried to do barbell exercises or something, it was just shifting. Then I was getting problems with the right shoulder.”

Yates further explained how a chiropractor suggested yoga and squatting. However, he was unable to do the squats, like he was able to do when he was younger. So he decided it was time to make a change in his training. As for what caused that change, that is a little bit interesting.

“Funny enough, I don’t know if we’re going to go on the subject of psychedelics, but it was after an experience I had with the psychedelics.

Yates further explained how he transitioned to yoga. He explained that he likes yoga because it is more than just physical exercise. Yates explained that he rather enjoys the fact that it requires to focus on breathing, over just pure brute force, like bodybuilding training. Additionally, he explained how things were tough at first because this was so different from what he was used to.

Dorian Yates still manages to stay in fantastic shape, even at his advanced age. It is amazing to see how much he has been able to deviate from traditional bodybuilding to stay in shape.

As he got older, his fitness priorities changed, and so did his practices. You can watch the full interview below.