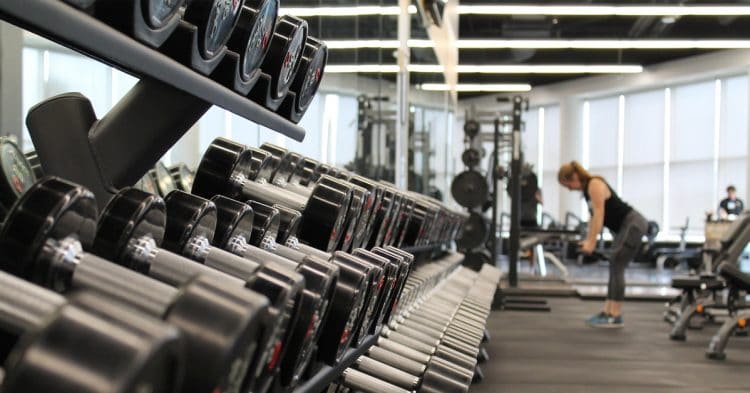 Being forced to stay at home has surely been tough on a lot of gym-goers. However, Drew Whitted is doing his best to make sure the members of his gym can still train during this crazy time.

Whitted is the owner of the Be Strong gym in Bloomington, Illinois. He, like many others, was forced to shut his doors during this current global health crisis. The concern for keeping a gym open while germs are spreading is obvious, but this is still hard for many people to deal with and workaround.

However, Drew Whitted decided to do something different than other people in his situation. Instead of renting out his gym for private sessions like some owners, or just shutting down like others, he chose to help others the best he can. He accomplished this by allowing his members to take his gym equipment home with them, free of charge.

According to reports, Whitted invited his members to take around $40,000 worth of gym equipment with them. To be clear, he took down information from these people, and they are required to return the equipment when things go back to some level of normalcy. Regardless, this was still an incredible gesture of kindness for the roughly 80 members who signed up.

“We don’t want anything left in here,” Whitted said he told members. “If our members can’t come in and train, we want you to take it home and keep training.”

This move from Whitted helped out several people, including Paulette Cocco, who regularly worked out at the gym. When the gym was forced to shut down, she tried to go to a sporting goods store for some equipment, but they were shut down too. Luckily she was able to borrow a barbell, some weights, and a wall ball from Drew.

“He had recently put in a lot of money into getting new equipment the gym’s been growing and we have such a great community,” she said. “I mean his equipment is really beautiful, so it was a big sacrifice.”

On top of allowing his members to borrow equipment, Drew Whitted also vowed that none of his employees would be missing a paycheck. Moreover, he offered a free month of membership for the inconvenience, a move that many people are opting to ignore due to his generosity. All in all, this is a great example of what can be done to help others, during this challenging times.

For many people, gym workouts aren't an option. Maybe fitness centers aren't your thing or you're not interested in paying...