A GoFundMe has been set up to help cover medical costs, after Dusty Handshaw suffered an esophageal rupture, leaving him fighting for his life 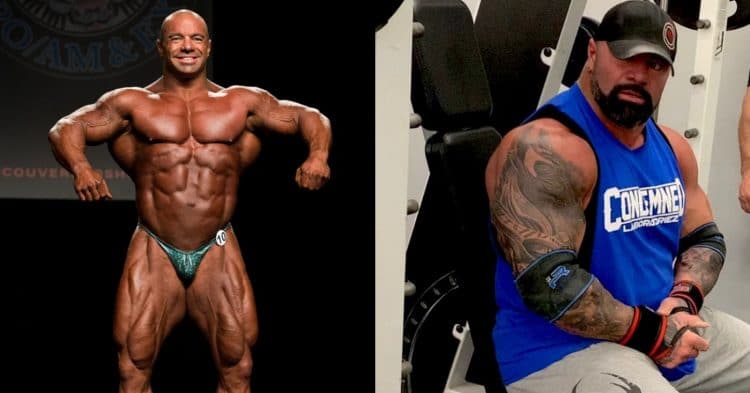 The bodybuilding world is in a collective state of concern, as IFBB Pro Dusty Hanshaw is in the hospital, in critical condition. This comes after an incident that has left him under sedation for day.

As a fan favorite bodybuilder, Hanshaw has been competing for about a decade. He has been in a variety of events, ranging from the Cali Pro, where he came in 16th in 2018, as well as the Vancouver Pro that same year, coming in 11th.

He is by no means a household name, and has not competed since those contests, but those who have come across Dusty know him for his strong work ethic and intelligent coaching. He has offered training and nutritional advice to help many over the years.

Unfortunatley now Dusty Hanshaw is need of some help himself. A GoFundMe has been put in place to help his family pay for medical costs, as he is currently in the hospital fighting for his life.

According to the description in the fundraiser, Dusty suffered a esophageal rupture while eating steak, which led to a staph infection and pneumonia. As a result, he has been sedated for several weeks, unable to breathe on his own, with no further updates being available at the time of writing.

“On the 13th of May almost two weeks ago, Dusty Hanshaw was eating steak and a piece got lodged in his esophagus and he started choking badly. After a struggle he finally got it down, but something was definitely wrong. Sometime later he started to cough up blood, so much so that he went to the hospital as he knew something was not right,” the post reads.

“At the hospital things quickly snowballed out of control….and it looks like he suffered an esophageal rupture. They had to utilize a balloon in his esophagus to stop the massive bleed and everything went into a tailspin. There was a tremendous amount of blood from this injury and one thing led to another with the doctors having to sedate him and put a feeding tube in. Over the first 48 hours Dusty not only developed pneumonia but also a serious staph infection.

“It has been a very trying time and they have been unable to bring (Hanshaw) out of sedation because of all these dire events happening at once,” the lengthy message continued. “He has been under sedation for the last two weeks and dependent on the vent to breath. They have been trying to bring him out from sedation but at this time, again, he is not able to breath on his own. So he is still on paralytics, the feeding tube and the vent. It is going to be a long process of recovery.”

At the time of writing, the fundraiser for Dusty Hanshaw has amassed just over $120,000 of its $200,000. Fitness Volt would like to wish him a speedy recovery from this situation, and we are sending well wishes to his family and friends as well.