Top bodybuilding prospect Iain Valliere discusses his plans to compete this year, as well as which area of his body needs the most work 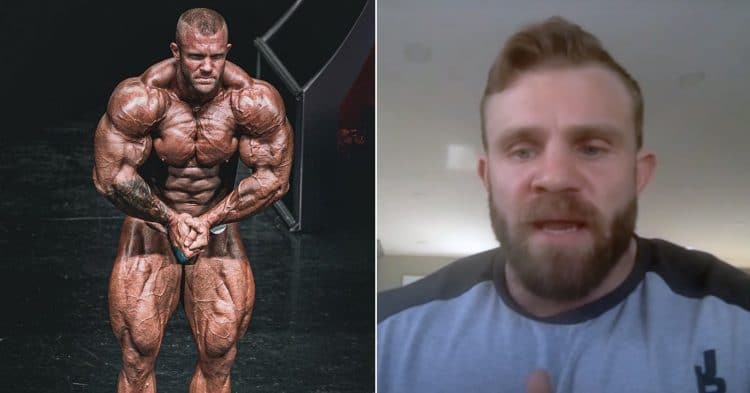 As one of the top names in the new crop of bodybuilders on the rise, Iain Valliere has a big year planned for 2021. Apparently it is all going to begin by him competing at the Toronto Pro.

Widely considered to be one of the brightest prospects emerging from Canada, Valliere is a part of what is being recognized as a new generation of bodybuilders. We are seeing longtime veterans like Phil Heath and Dexter Jackson phasing out, with fresh names rising up to take their place.

With a win at the 2020 New York Pro, and a 7th place position at the subsequent Olympia, there is no denying that Iain is among this new wave of talent. Not to mention the fact that at 30 years old he has a lot of room to grow and improve.

Speaking in a recent interview, Iain Valliere was actually asked about which areas he feels like need the most improvement. With a surprising amount of clarity and self reflection, Iain was able to point out precisely what his weakest areas are.

The way he explains it, he knows that the width of his back could use some work. This has led to some of his poses suffering, simply because his lats are not where they should be, so he will work to bring up that area of his physique.

“My front double is absolutely my weakest shot. So I think improving from lats in the width there. I think its just back width, and more muscularity to the back as a whole, I need.

“My chest is something that has always been something I’m working on. I always thought it was a muscularity issue, but I think when push comes to shove at a show and I get a little bit flat, my chest is the thing that’s done,” Valliere continued.

So that begs the question as to when we will see Iain Valliere compete again. He has not competed since the 2020 Mr. Olympia, and is need of a qualification for this year’s event.

He is hoping to compete at the Toronto Pro, and he has hopes to get the win here, on August 21st. Ideally he will be able to use this to advance to the Olympia, where he hopes to make the first callout.

“First show on my agenda is going to be the Toronto Pro. Being a Canadian guy, this is like my New York Pro for those east coast guys. I see myself as the premiere Canadian bodybuilder right now, and Toronto Pro is the show that I think is the premiere bodybuilding show, so that’s a title I would love to have under my belt,” Valliere explained.

It will certainly be interesting to see Iain Valliere at the Toronto Pro, and to follow how well he does at the 2021 Olympia. He definitely has a lot of promise, and he is only growing from here.