Dwayne Johnson Recalls His First Ever Workout With His Dad 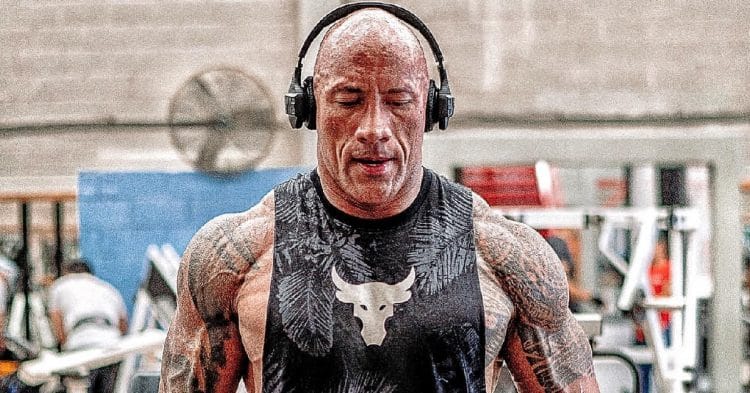 Dwayne Johnson is one of the biggest stars in Hollywood, both figuratively and literally. Now the action star and WWE legend shares the story of his first time working out.

Johnson comes from a family of wrestlers. Even though he has since ventured into other fields, that part of his lineage is still very important to him. After all, it was the first time the world was introduced to the massive athlete he is.

Dwayne Johnson got most of his influences from his father, the late Rocky Johnson. He followed into his father’s footsteps by wrestling, and as he explained in a recent Q&A session, his father is the whole reason he started working out in the first place. He recounted the story when asked about his first time training.

“I first started working out when I was 12 years old,” says Johnson. “I had my first official workout with my dad, Rocky Johnson, rest in peace old man, he passed away January 15th of this year.

“My dad was a workout beast and animal and he was built like a brick house,” Johnson continued. “I would always go to the gym with my dad and watch him on the weekends, but I wasn’t allowed to work out. So I’d just watch him and all his OG buddies in the gym,  hard training and clang-and-bang, those old school dudes.

“So 12 years old in Hawaii, my dad finally said, ‘Alright you can come to the gym with me,’ and it was a Saturday so I was really pumped to go to the gym with my dad. Before we walked in he said ‘Listen. You’re gonna work your a– off. I don’t want any bulls–t.’ He goes, ‘Whatever you put on the bar, when we do bench press, I’m going to show you how to do bench press first, whatever we put on the bar you have got to push it up. Whatever weight you choose, you’ve got to push it up, you’ve got to get it out of the hole.”

Johnson went on to detail starting with 25lb on each side. Then they increased it to 35lb, which he barely was able to push. Despite his dad’s hesitation, Dwayne insisted on increasing the weight to 45lb.

“I’m feeling myself at 12 years old, I don’t know why by the way because I had a f—ed up afro and acne all over the place, but I was still feeling myself.”

So Dwayne Johnson tried to push the weight, but it got stuck on his chest. Ultimately it was too heavy, and he could not lift it off. He was ultra embarrassed, and his dad would not help him. Finally getting the weight off to the side, he got up angry but his dad gave him some solid advice.

“He said, ‘Don’t worry about other people looking at you, don’t ego train. Don’t ever train for your ego. It doesn’t matter. Who gives a s–t who’s watching you? You train for results and you train with weight that you can control.’ That’s how you’re gonna be a master, basically, in the gym, is what he was trying to say.”

This is a sage piece of advice that Dwayne Johnson got from his father. Ego training is not good for anybody, and can even hurt people.

Blessing Awodibu Shares The Most Hilarious Home Workout Video Ever!