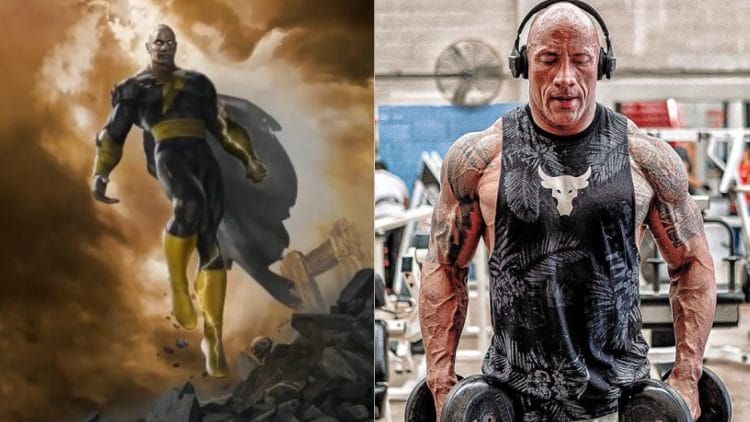 Dwayne Johnson is playing the role of anti-hero Black Adam in the upcoming DC movie. Ahead of the filming, he is starting his prep for the role, and looks crazy-jacked.

Johnson is one of Hollywood’s biggest stars, both literally and figuratively. He has appeared in some massive movies over the years, since his tenure in the WWE. From being in the Fast and Furious franchise, to his recent roles in 0 he has seemingly done it all.

The one type of role that Johnson has not appeared in yet, is in a comic book film. This is surprising, considering his imposing size, and the popularity of these types of films. However, that is all about to change, as he dons the role of Black Adam, an anti-hero, who opposes Shazam (played by Zachary Levi in 2019).

Ahead of this role, Dwayne Johnson has been doing crazy work in the gym. Although he is already in phenomenal shape, he needs to be ready for the specific things that come with this role. Furthermore, he has been updating his Instagram followers about his progress, and he seems unstoppable. While it does not appear that he is training in his incredible home gym, he still looks to be working really hard.

Check out some of his highlights:

Johnson looks absolutely massive in these training pictures. He normally is gigantic, but in particular his pump is super serious. All the photos show him looking ultra vascular, as he is obviously putting in his dues in the weight room. Without a doubt, he is beginning to look like a real life super hero already, even if it will be something of an anti-hero like he alludes to.

When Dwayne Johnson takes on the role of Black Adam, it will certainly be a massive movie event,. As he explains, filming is set to start in the summer, with the film scheduled to hit the theaters on December 21st, 2020.