XFL owner Dwayne "The Rock" Johnson inspires Instagram followers by suggesting he may be the first professional football owner to play the game itself. 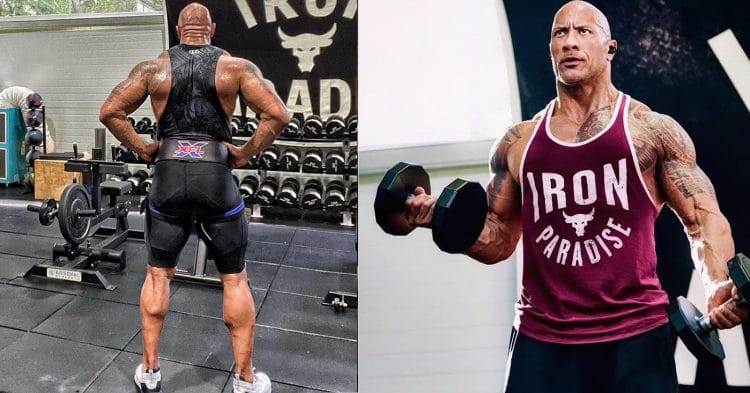 Dwayne Johnson may break a record yet again, by being the first XFL owner to hit the field as an owner, and player.  This announcement comes just one month after it became known that he was purchasing the XFL, and two weeks after going public on the fact that his wife Lauren and two baby girls had recovered from Covid-19 and were “no longer contagious.”

Dwayne Johnson may be teasing that he may get his butt kicked if he played XFL, but anybody taking a good look at him might disagree.  The Rock has been back in the gym for some time now and is not shy at all about inspiring others to do the same.

Johnson’s announcement to “suit up” for his newly owned property of the XFL came on Instagram, where he showcased the XFL as an “idea” that can “create opportunities.”

“XFL is much more than a big business acquisition – it represents an idea.

The idea of opportunity.

As an owner of the XFL, that’s my priority – create opportunities for players to live out their dreams, feed their families and ball out – XFL style.”

On Instagram, he described his own former football career as one where he was a good player with “upper-body violence.”

He first played for the University of Miami in 1991 when he was part of a national championship team. Following that, he briefly played for the Calgary Stampeders but turned his sights to professional wrestling in 1996 with the WWF.

It was there where he formed his ring name “The Rock.” A star and a cult following of inspired fans was born.

Whether or not Dwayne Johnson will actually suit up for the XFL remains to be seen. What we do know however is that he is not taking a single second of life for granted, referring to life as a “wild, unpredictable journey.”

He also posted that he has nothing but excitement and gratitude for the blessings life has had to offer him.

Further posts on The Rock’s Instagram echo that love for life. He’s been enjoying spicy margaritas and celebrating with friends who make a good tequila cocktail, proving once again The Rock loves life.

Dwayne ‘The Rock’ Johnson has become one of the most inspiring celebrities to follow online. In a recent post made...

Dwayne Johnson, well known as The Rock, has established himself as one of the most dedicated people when it comes...