Dwayne "The Rock" Johnson shares the chest and tricep workout that he has been doing, in order to prepare for his role in the upcoming "Black Adam" film 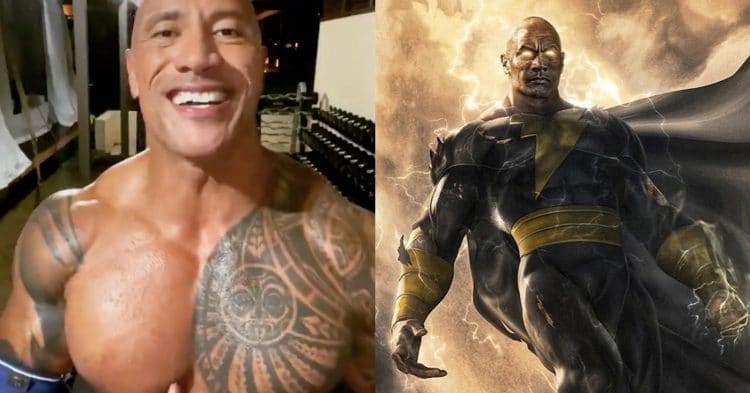 Dwayne Johnson has been working hard to transform his already impressive physique, into one worthy of being called a superhero. Now The Rock has shared one of his workouts, so you can try following in his footsteps.

All things considered, it is a bit surprising that it has taken this long for Johnson to make his debut as a superhero. After all, he has about as close to a realistically super physique as one can have, and is one of Hollywood’s leading action stars.

In spite of the delay, he is finally set to take on the role of the titular character in DC’s upcoming  Black Adam film. Currently, the film is slated to be released just before Christmas, later this year.

As he has been preparing for and filming this movie, The Rock has shared a few updates on his physique and training for the role. It has given a glimpse into the intense workouts and dedication he has for this movie.

Most recently, the former WWE superstar posted to his Instagram to share a look at his chest and tricep workout for the movie. This gives you the option to try the workout yourself, and see if you can keep up with a superhero’s exercise plan.

We’ll let The Rock explain what the workout entails.

Keep the rest at a minimum, just enough to recover.

Triceps.
Same protocol as chest.
3 giant sets. 4 different movements that engage all heads of the tricep.

Push yourself to the limit but be smart with the weight. No ego training.

The work is very hard but it’s why we play the game. Plus, if it comes easy – it’s boring.

More to come and finish your week strong 💪🏾💪🏾”

As he explained in the post, The Rock did this workout as his second session of the day. First thing in the morning, while still on an empty stomach, he had a cardio workout to get the blood pumping and his body going.

It is more than just the chest and triceps that will make Dwayne a superhero. He also shared his back and bicep training split a few days earlier, so you can have an upper body just like his.

* cardio every morning right when I wake up on an empty stomach.

* after cardio, I’ll start my work day.
Once babies are asleep 💤 for the night, I’ll hit the iron and start my training.”

There honestly is not much that The Rock has to do to get into superhero shape, but he is coming along well throughout the process. It will be exciting to see the final product on the big screen this winter.