Eddie Hall trained his butt off to drop 20 pounds in just over two weeks and his physique is much leaner! 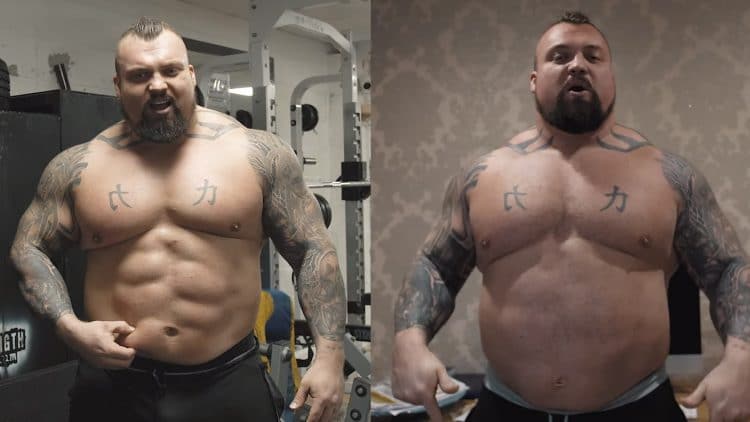 Hall documented the entire 17-day fat loss challenge on his YouTube channel and now that it has concluded he’ll be working on several television projects for the History channel, and his own TV series “Eddie Eats The World”.

Check out Eddie Hall’s final weigh-in, followed by an intense shoulder workout, and hear about his experience throughout the process…

“17 days I lost 20 pounds. The weight is insignificant to me I don’t really care what I weigh, that was more just a challenge to show that I could lose 20 pounds in 17 days using the products and the diet that I did. The thing I was more interested in is what I look like. That’s my advice that I’d give to anyone out there watching this, is fuck what the scales say. It’s what you’re happy with, as long as you feel healthy, and you look healthy, and you’re happy with your appearance, then that’s what’s important.”

Hall explained that during the challenge he did lots of swimming, boxing, and cycling to achieve his big weight loss goal. And just as important for his progress was low carb, high protein diet.

Only to say in the video that he’ll probably be putting a lot of weight back on during his work projects which will occur over the next few months. But, he’ll lose the weight again if he has to, as it’s all part of the challenge he explained.

As an elite athlete and a former ‘Strongest Man in the World,’ it’s no surprise Eddie Hall was able to transform his body so quickly and he’s still pressing some pretty big weights too!

Is Brandon Curry A Solid Contender For The 2019 Olympia?