Davidsdottir and Wells Look To Improve Performance In CrossFit Open 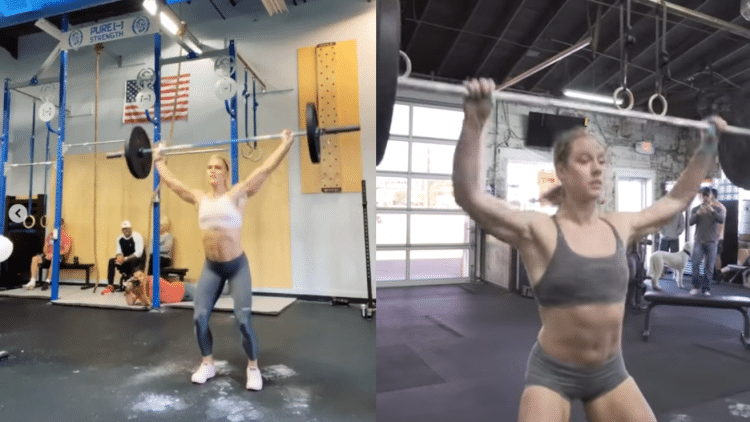 Katrin Davidsdottir and Brooke Wells had a pair of lackluster performances in the first week of the CrossFit Open. Therefore, they decided to put a ton of work in, trying to improve their scores.

Davidsdottir was one of the strongest competitors in last year’s CrossFit Games. As a result, she was expected to perform really well in the CrossFit Open, which began last week. She did a fairly good job in her first attempt at the 20.1, but she felt that she could have done better, with some changes.

On the other hand, Brooke Wells had a tough go at the 20.1. Similar to Davidsdottir, she had a decent score in her first try, but felt as if she had more in her. Moreover, she is aware that if does not get a better score, she will not be where she needs to be in the leaderboards.

Both of these ladies decided to give the 20.1 another go. On the second attempt, Katrin Davidsdottir looked a little better, yet would end up with the same time as her first run. On the other hand, Brooke Wells struggled in her second try at the 20.1, quitting before she finished.

Therefore both Wells and Thorisdottir are in need of a strong third try. The time window was beginning to close on the deadline to submit their videos. Therefore these two ladies were needed to buckle down and focus hard, to get their desired result. So they gave the 20.1 one last attempt.

Below is a video of Well’s third and final attempt:

Wells put in a ton of hard work, and has managed to get her final time down 50 seconds on the third try. This was enough to put her at 17th on the leaderboards, which is where she wanted to land. She was able to focus in on the task at hand, and get it done in a skillful and smooth way.

Davidsdottir also had a better showing in her third attempt. She was able to drop her time by 45 seconds, to 8:59. As a result, she has been put among the top 30 female athletes competing in the CrossFit Open.

Katrin Davidsdottir and Brooke Wells had to push themselves hard to find the confidence needed to get these improvements. Moving forward, it will be exciting to see how this victory will translate to future workouts.