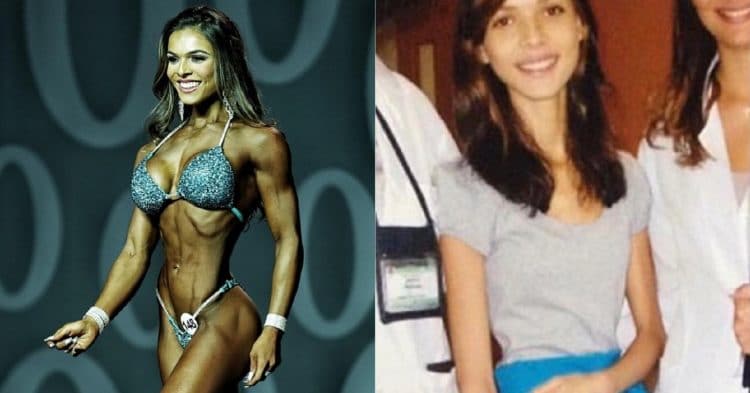 If you just found out who Elisa Pecini is, from her victory at the 2019 Mr. Olympia contest, you may already know that she is something special. However what you may not realize, is the amount of struggle that she has overcome to get to that point.

Making her pro debut in just 2016, Elisa has quickly grown to be an amazing athlete and Bikini competitor. In this time she has shown rapid improvement, really turning a corner in her 2019 competition year. This saw her walk away with 4 first place victories in 5 contests, most notably winning the 2019 Ms. Bikini Olympia.

However what you may not realize, just from looking at Elisa Pecini, is how much she had to overcome to get to where she is. Sure, she had to work hard like any other athlete. But, as she explained recently, she actually had to battle an eating disorder, before finding a healthy lifestyle which led to her successes.

“Your mind can take you wherever you want. Many do not know, but I already went to the extreme of an illness because I worked my mind to it without knowing that I was sick, I just wanted to go to my limit and be thin. However, after undergoing treatments, hospitalizations I saw that that path was wrong. We made mistakes, but we learned from them and it is through mistakes that we become even stronger and evolve, it would not change the past because it was my base and brought me here. I worked my mind in another way, dedicating myself to the maximum to the sport, and it became my passion, it saved me because it showed me another way, made me evolve and be more mature from an early age👊🏻. I hope that other girls who go through it will see how much they are missing out on life and that they can still get out of this before it’s too late. Sometimes when I remember that time I think, I didn’t eat an egg and today, like so many 😅 thank God 🙌🏻 BELIEVE IN YOUR DREAMS ✨”

It is amazing to see how far Elisa Pecini has been able to come, from an eating disorder to an Olympia champion. It goes to show that you never know what you can achieve when you set your mind to it. She is truly an inspiration to men and women alike.