Master the shrug for a more commanding upper body 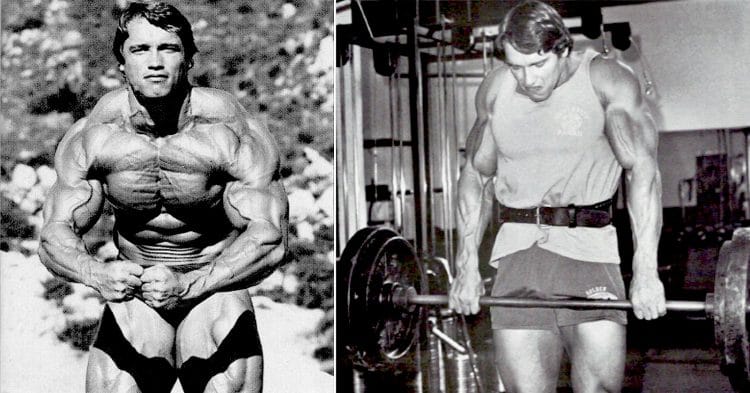 Few exercises will give you mountain-sized traps like barbell shrugs. This mass-building compound exercise has been around as long as anyone here can remember and that’s for good reason. It’s the go-to movement when the goal is to look more aesthetic and just bigger overall.

The shrug comes in many forms as there are several ways to do it. Some people definitely prefer certain variations over others. However, for pure mass and strength, the barbell variation is still widely used. But we’ll provide you with a well-rounded guide everything related to this exercise and some great variations too.

Barbell shrugs work the trapezius muscles, and the shoulders are also involved to a pretty decent degree.

The trapezius or traps for short is a superficial (close to the surface of the skin) muscle of the back that was named after its trapezoid shape. It’s broad, flat, and spans across the upper back and neck starting from where the occipital bone protrudes, attaching down to the lower thoracic vertebrae and laterally to the spine of the scapula.

The main function of the traps is to support posture and it’s also involved in several upper body movements.

These functions of the traps include:

The traps assist and are assisted in function by the rhomboids, latissimus dorsi, levator scapula, and deltoids.

How To Do Barbell Shrugs

The barbell shrug is a relatively simple exercise to execute. However, over the years, research has shown that there’s a slightly more effective way to do it compared to how it’s typically done. Now, whether or not it makes a significant difference, well that’s hard to say.

But a study from 2013 found that a modified shrug involving upward rotation and 30-degree shoulder abduction resulted in better muscle activation in the upper and lower traps compared to the standard shrug. (1)

If you’ve ever put this variation to the test, you’ll feel the difference due to the increased muscular contraction. The abduction of the arms actually helps to maximize the contraction of the upper fibers which isn’t as effective with the arms neutral. And because the traps are more responsible for upward rotation than the other upper posterior (backside of the body) muscles, doing your shrugs this way can allow you to isolate them most effectively.

Also, leaning slightly forward when doing barbell shrugs definitely allows you to feel the movement a bit better in the traps due to their location.

Here are step-by-step instructions for our recommended variation. Of course, you can experiment to find what works best for you though.

Big traps make you have a bigger-looking upper body and not everyone who trains has great traps, so you’ll definitely stand out. You don’t even necessarily have to be huge for mountainous traps to make you appear more commanding and people do take notice.

But many people have muscles everywhere and you can tell when they don’t pay any attention to their traps. This appears as if the person is missing something. Although, some people don’t want decent traps and that’s OK. But if you don’t train them, don’t complain that they’re underdeveloped!

2. You’ll have a stronger upper posterior

The posterior chain includes the muscles of the rear from top to bottom. And naturally, we can’t see these muscles when we look at ourselves from a front view. Therefore, it’s much too common that these muscles aren’t given the same attention.

That’s a huge mistake that has consequences. For one, you won’t look balanced. Secondly, structural weakness can cause injuries, and lastly, your overall performance will suffer.

A stable and strong upper posterior is so important training in general as every compound exercise and so many other movements depend on it. For example, you must have optimal scapular strength to deadlift heavy weight, maintain thoracic extension during squats, bench press big poundages in a straight bar path, and so much more.

Shoulder stabilization is also crucial for the shoulders to be able to function optimally as a ball and socket joint.

3. Bigger traps can make you resilient to injury

Because the traps are responsible for their functions explained previously, it makes sense that strengthening them can lessen the severity of instances where you’d otherwise suffer an injury of the neck or upper body. Just like strengthening the hamstrings has shown to prevent injury. (2)

And according to the study we mentioned earlier in the article, performing the modified shrug is an effective strategy for addressing scapular dyskinesis, which involves drooping shoulders and reduced scapula upward rotation. (1)

While barbell shrugs are certainly an effective exercise for building your traps, it’s not the only version or even the best for everyone. There are actually several variations that’ll develop your traps and here are 6 that we personally recommend.

The dumbbell shrug allows for more freedom and that’s why dumbbells are often used as an alternative to the barbell for any exercise. You’re not restricted to one position, the contraction is more pronounced, and with the modified shrug; the upward rotation, and arm abduction happens more naturally.

However, you won’t be able to lift the same amount of weight which may not be a bad thing as you probably don’t need to load maximal poundages to get the most from this movement anyway.

The cable shrug is truly an excellent variation of the barbell shrug and many people prefer it. Most notably, the cable shrug allows you to be able to have your arms in any position including behind the body. It’s a good method for experimenting with different angles.

Use a single-grip handle and do it one arm at a time or both simultaneously.

Similar to the dumbbell shrug, the trap bar allows you to already have your arms positioned next to your body which is more natural for upward rotation and arm abduction. But you can also use more weight than you could with dumbbells which is better for building strength. (3)

Plus, you don’t have to worry about the bar hitting sensitive areas and the weight is close to your body which can be better on the spine for those who aren’t as proficient using a straight barbell.

For those of you who don’t know, a trap bar is also called a hex bar due to the hexagonal shape. You can stand in the middle of the implement which has 90-degree handles and stub bars to load the plates.

Also, check out these 8 super effective trap bar exercises for mass and strength

The Smith machine variation is ideal for those who tend to experience lower back pain during the shrug. You’re locked in and there’s no free movement or stabilization needed which is good for certain exercisers.

However, it’s by no means a substitute for free weight variation if you desire full development and maximum strength gains.

This variation is best done with a barbell or Smith machine. But there’s definitely something to shrugging behind the bar behind the back that allows you to feel the contraction much better than with the barbell in front. Although, this can come down to personal preference as some people may feel it better either way.

You definitely don’t want to go too heavy with this variation though as it can be bad for the back.

Not a fan of the barbell shrug or any shrug for that matter? Don’t fret… we’ve got you covered and here are 3 moves that you can do instead!

While you should be doing face pulls regardless, it is a great exercise for working the muscles of the upper posterior. We always recommend this exercise as the upper back muscles are often not worked enough and so it makes a great finisher that hammers the traps, as well as the rhomboids, rear delts, etc.

Read: How to utilize the face pull for more gains

Want to build massive traps without having to deadlift?… rack pulls below the knee is a less taxing alternative for building the same muscles and we recommend it over the ‘above-the-knee’ version.

The reason for this is that it engages all of the muscles that are necessary to perform a pull from the floor. That means the legs are doing a lot of the work which is a must for saving your back and lifting the heaviest loads possible. Many people use way too much back during an above-the-knee rack pull because the legs are taken out of the movement to a degree.

In an ACE (American Council on Exercise) sponsored study, the I-Y-T raise was shown to elicit better muscle activity in the lower and middle trapezius than the most common back exercises (deadlift not included). (4)

Therefore, it definitely deserves a place on our list of shrug alternatives that build the trapezius muscles.

Barbell shrugs are still a very popular exercise for building the traps despite there being so many different variations and ways to do it. If your goal is strength, it’s very much preferred and it’s just a good idea to get used to training with a free weight barbell as it should be a tool that you use often in your workouts.