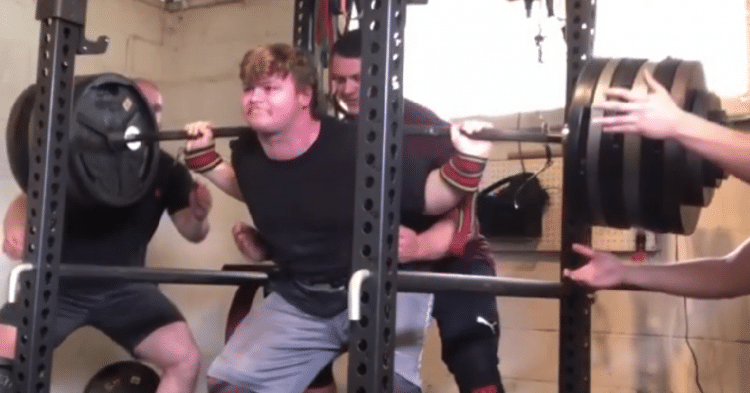 Just about a week after 17-year old powerlifter Max Shethar scored a new squat personal record, he is back at it again. He pushed his squat numbers even farther, in another epic performance in training.

It seems that almost every time we see Max, he is working hard and improving rapidly. He has shown over and over that he is not a typical teenager, and that he will be around the powerlifting scene for a while. Not only does he appear motivated to get better, but he has shown the skills to grow quickly, day over day.

Take for example, his most recent post to Instagram. Here, Max Shethar is in training, working on his squats, when he scored a new personal record. He did this by hitting a massive 660lb squat, doing so with relative ease.

Not only is this lift impressive in its own right, but the fact that he was able to push his squat PR 10lb, and do so with ease is mind boggling. Although it does not come too surprising, given the work he has been doing in training. Just a week ago he was able to score a PR for his squat double, but he hit 625lb for two, showing the amount of hard work that has gone into this new single rep PR.

It isn’t just his squat that Max has been working on either. Here he is, just a few days earlier, working on his bench press. After having made some adjustments to his form, he was able to match his personal best, with a strong 385lb double.

An athlete the age of Max Shethar is expected to be able to improve a lot, over a short amount of time. However this does not take away from how shocking it is to see him reach these new benchmarks. He is honestly one of the most impressive teenage powerlifters we have seen in a long time.