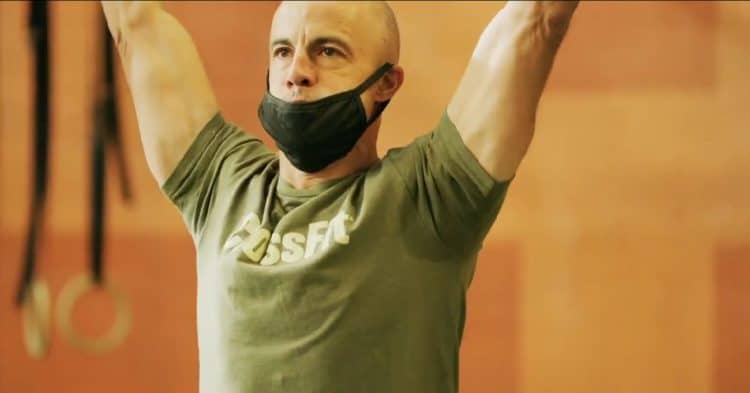 Newly appointed CrossFit Owner and CEO, Eric Roza provided the CrossFit community a glimpse of what’s waiting for them at the upcoming 2020 games, shortly after the announcement of the contest’s events.

While the name of the event sounds easy – Friendly Fran – however it’s anything but. According to event details, the workout involves three sets of 21 thrusters and 21 chest-to-bar pull-ups. The thrusters require 85lbs for women and 115lbs for men, while the pull-ups are a timed activity.

A video posted to the CrossFit Games Instagram sees Eric Roza try his hand at a version of the workout. The activity he did may be called Fran, but there are some key differences between this and the Friendly Fran that contestants will do on Friday. The original Fran involved the same moves, but with lighter weight requirements, and did not include the chest-to-bar pull-ups.

Viewers of the video noted that Roza used the original weight requirement of the Fran, rather than the weight required for the 2020 Games. While he stated it hurt is ego to adjust the workouts, the goal was to stay safe and continue competing. Most agree this is a smart move as the Friendly Fran requires 126 reps instead of the 90 required before. Also, with 20 additional pounds for men and women participating, it’s clear that taking specific steps to ensure no injuries occur is smart.

The 53-year-old Roza clocked a time of 8:43 for the chest-to-bar pull-ups, which is impressive considering his age and the fact that he still manages an international organization. Compared to previous owners of the brand, he seems far more willing to get his hands dirty in the gym. This proved a great way to get fans hyped up for the coming contest.

The 2020 CrossFit Games are abiding by the social distancing requirements by requiring participants to compete virtually during the initial stage. Because competitors will not have access to the same standardized equipment, CrossFit has opted to use equipment that most people have on-hand or at a nearby gym, such as rowers, jump ropes, pull-up bars, and barbells. Many believe this is also opening the competition to more participants who are interested in trying out the official workouts of the CrossFit Games.

Coverage for the 2020 CrossFit Games begins on Thursday, September 17th, at 6:30 PM EST with a Preshow, before the contest starts the next morning.

Michelle Lewin Says Husband Is Out Of ICU, But May Need Heart Surgery