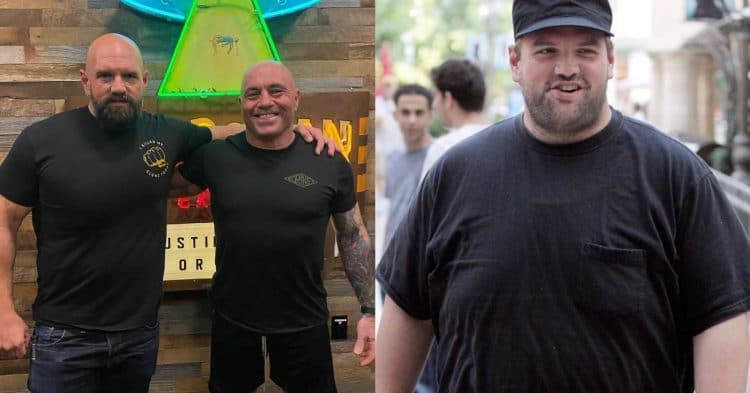 There is no other way to say it, the weight loss that Ethan Suplee has gone through is absolutely insane to see. However he recently told Joe Rogan that he still struggles with self image issues, even after dropping 200lb.

For the majority of his time in Hollywood, Suplee has been billed as the stereotypical “big guy.” Be it in films like Remember the Titans, or The Butterfly Effect, the 6’1 more than 500lb giant was typecast for years.

However in recent times the perception of the New Yorker has changed drastically. This,  of course, came after his undeniably incredible weight loss transformation, leaving him nearly unrecognizable.

In fact, that was precisely what Joe Rogan said to Ethan Suplee when the actor made an appearance on his podcast recently. This immediately opened the door for them to talk about his insane weight loss, and what it took for him to get to that point.

Ethan started by explaining that this was a process that took him upwards of 20 years. He lost over 200lb in that time, but he says that he repeatedly struggled with his weight fluctuating up and down with different diets that he tried.

“Look, a lot of diets come in an say just do this and you’ll lose weight, but we’re not focused at all on how we got to whatever point we were at that we considered not optimal, that we want to change. So undoing the bad habits that I had, that I would associate with allowing myself to get up to 550lb is really more important than anything I could say ‘This is what I did to lose weight.'”

For around 15 years, Suplee went up and down in weight, getting as low as 200lb. However he has now settled at a lean and muscular 270lb, where he has stayed for the last five years, and feels great at this weight.

That said, he does not necessarily feel good when looking at himself. He told Joe Rogan that when looking in the mirror or at pictures of himself, he still struggles with the demons of mental illness that distort his self image.

“It’s incredibly satisfying but the reality is I have mental illness and I don’t look at myself and think ‘God I look great.’ I see nothing but negative stuff everyday,” Suplee explained.

“I try to convince myself, I try to find something that I’m happy with. Usually it’s my traps, I can look at my traps because it’s lean, there’s not a lot of loose skin hanging there, they’re not all scarred up from surgeries, and I look at my traps and I go like ‘Okay that looks good,’ and based on that I can begin to start feeling okay about myself.

“Looking at those (old) pictures, that’s also a long time ago. I just cannot relate to how I lived then. It’s very bizarre,” Suplee added.

When asked why he has these self image issues, Ethan told Joe that it began when he was a child. He was forced on a diet at an early age, and that negatively impacted the way he looked at himself.

“When I go back to my childhood, I was put on a diet when I was 5. Prior to that, I had no sense of self… and at 5 I was put on this diet and all these parts of me were pointed out as being super negative,” Suplee explained.

“In fairness, if you look at the average 5 year old today, I wasn’t obese at 5. I was a chubby 5 year old, but I was super active and I wasn’t eating junk food all day long… I spent most of my life feeling wrong. Literally that I was wrong or bad, or that there was something super negative about myself. So I still have to fight through that today.”

Obviously this is a very difficult thing that Ethan Suplee will probably struggle with for a long time. That being said, it is impossible to deny that the transformation he has gone through is worthy of admiration and a cause for inspiration.