Ethan Suplee uses a strict regimen of goals, maintenance, and programming, to take solid abs to the next level. 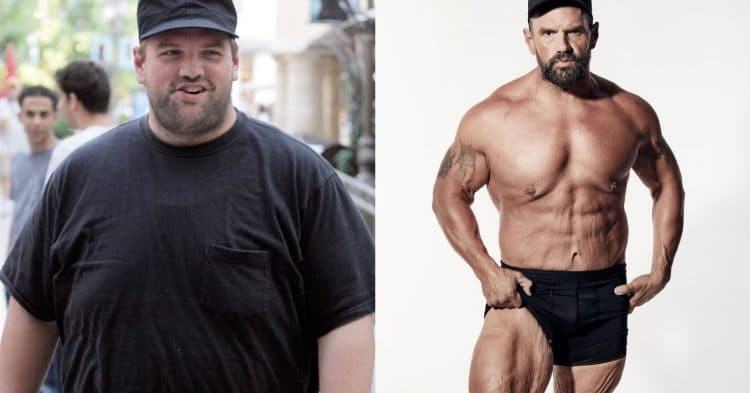 Ethan Suplee is the actor who played Louie Lastik in Remember the Titans, and this year he has undergone a dramatic body transformation. Recently, he took to Instagram to post some results of his latest dieting efforts and wowed his fans and followers with some stunning abs.

Suplee has also gone public with food tips and tricks to show his fans exactly how he’s done it.

Over the last year, Suplee has lost over 300 pounds of weight and completely transformed himself. He’s not shy about talking about it, and a number of Ethan Suplee workout routines are all over his Instagram.

Yesterday, he posted a photo to Instagram that was taken for Men’s Health magazine. Lately, he has been posting about his improved relationship with food, which looks structured and tasty at the same time.

But first, he was showing off his abs. In his post, Suplee said that last year he set the goal to have “visible abs” and this is as far as he’s gotten. He is still working on visible obliques, but says, “It’s going to be a wonderfully tough year.”

Suplee also mentioned that he had successfully lost weight with every diet that he had stuck to in the last 20 years. But he’s never really thought beyond just losing weight. He is grateful to his team, who have opened him up to “maintenance periods,” and he said that this is where his goals really became “pinpointed.”

In addition to diet, Ethan Suplee has had an opportunity to dial up his physical routine, which included chest and back workouts with Mark Bell.

He’s had a history of weight issues, that had him tipping the scales at 530 pounds at one point. On a flight not long ago, he had a heated conversation with Jim Caviezel an actor in Cold Mountain. Shortly after that, Suplee began the change.

His weight loss change began in January 2020. Today, he has put some weight back on in pounds. But his overall physique has more toned and tighter muscles than he’s ever had, and that is the cause of some extra weight.

Suplee has tried to do a lot of different diets, and like most Earthlings dieting, he’s tried them all. He’s done keto, paleo, Atkins, and South Beach. It was changing his mindset that fixed his relationship with food to one that included seeing food as fuel for the body as opposed to comfort.

You can see this in some of his recent food posts. Here he is in one preparing his meal plans for the week. He says Sunday afternoon he has all of the burners going at once, and the pressure cooker as well.

Ethan Suplee has a periodization process to cut back from over 500 to 270 pounds.

Suplee credits IFBB Pro League Bodybuilder Jared Feather for his food programming. Feather has given Suplee a lot of credit for his perseverance in his goals and program.

And so do Suplee’s fans!