Legendary 212 bodybuilder Flex Lewis has decided to move his Dragon's Lair gym to a new location in Las Vegas, and he took fans on a tour of the new facility 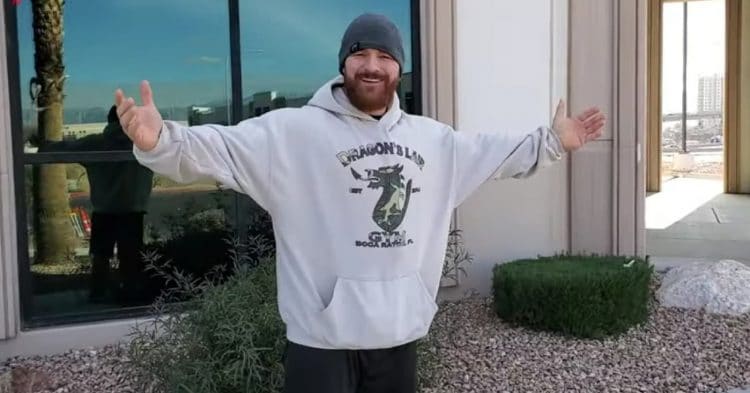 The Dragon’s Lair gym is becoming a staple for those who want to enhance their bodybuilding skills. Flex Lewis has decided to move his gym across the country, and recently took fans on a tour of the new place.

As the best 212 bodybuilders of all time, it seemed like a natural transition for Lewis to start his own gym. Little did he know just how successful this business venture would turn out to be.

There have been plenty of high level bodybuilders to train at the Dragon’s Lair, in its original location of Florida. Even the 2019 212 Olympia winner Kamal Elgargni has done a ton of work with Flex over the last couple of years.

Recently, Flex Lewis has been hinting at the fact that his gym was going to be moving locations. Now he has finally unveiled the new facility, which is on the other side of the country, in Las Vegas, Nevada.

The folks over at Jay Cutler TV took a visit to the new Dragon’s Lair for the special opportunity to take a tour of the facility with Flex. They visit the new gym and it gives the Welsh bodybuilder the opportunity to show off this change in scenery.

First, Lewis beaks down how great of a location this is for his facility. He says that the gym is located right off the highway that comes from Los Angeles, which gives him great traffic.

Walking inside, Flex shows where the front desk would be, as well as the “chill-out area” which will be decked with couches and televisions. He notes that they are still not finished putting everything together, but will have everything set up before too long.

They then walk into the main gym floor, which still needs equipment, but is absolutely massive and paved with astroturf. He explains that they are installing mirrors around all the walls, and that he will be having a graffiti artist come from Australia to paint murals on the walls.

“I hate to use that word, but when you look at Gold’s Gym used to have… it was something magical… I want to try and create something special for this generation, because we don’t have it anymore.”

“We will be doing a presale very soon, and capping the number. I will be announcing that probably within the next week, week and a half.”

To conclude, Flex Lewis shares how it is his goal to help the younger generation of bodybuilders find a home. He is very excited to start this new gym, and taking a look at the facility as it stands today, it is not hard to see why.