Elite CrossFitter Sam Briggs challenged her fans to do a 20,000lb total squat challenge alongside her 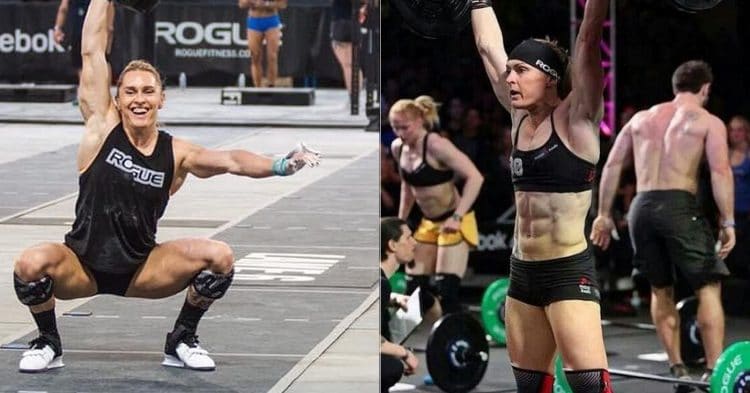 CrossFit’s 2013 Fittest Woman on Earth® Sam Briggs is one CrossFit athlete that shows how athletes can still inspire long after the gold is won. Most recently she did just that by pushing herself to the limit when she squatted 20,000 pounds in just under 10 minutes.

Sam said she got the inspiration from her friend Kristi O’Connell.

That was the challenge for Briggs, to get 10 tons of weight squatted in that many minutes, and she did with 14 seconds to spare by finishing at the 9:46 mark.

The challenge was to back squat for as many reps as needed until one hits the 20,000-pound mark, which she also posed to her Instagram followers. For women, Briggs set the challenge at 20,000 pounds, and for men, at 30,000 pounds.

When she set to perform the challenge herself, she originally wanted to do 100 reps of 200 pounds. But she found that she couldn’t accomplish that in 10 minutes. Briggs opted for the time strategy as opposed to the weight, and reduced the weight to 160 pounds, to complete a total of 125 reps that got her to the 20,000-pound mark in 9:46.

She also made sure to tell her fans that this challenge was something she had trained for. She didn’t jump into it but worked into it over the course of three weeks.

“The original plan was 100 reps at 200lbs but after testing a few different rep schemes at different weights I felt that wasn’t achievable just yet!

The legs will definitely feel that tomorrow!

Sam Briggs is an athlete whose Instagram handle says it all: @BicepslikeBriggs, because she keeps her guns pumped almost all the time.

She is still heavily involved in competitions and has just released a “Six Week Open Prep” ebook to help fellow CrossFitters get ready for the March 8th CrossFit Open, even if the book is just used to inspire.

Sam has already announced she is withdrawing from the CrossFit Open this year, but her moments of inspiration continue, despite that.  At the end of last year, Sam rowed and ran 50 kilometers/62 miles each for a charity function.

We will let you know what her next big move to inspire becomes, and you probably won’t have to wait too long for it.