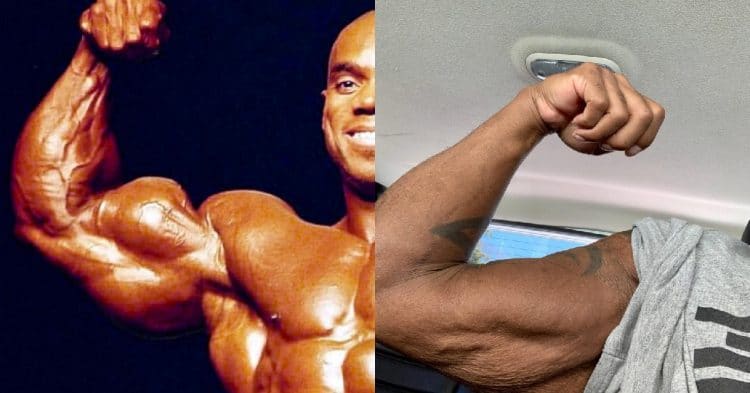 Flex Wheeler had bodybuilding fans from around the world worried when he underwent a partial leg amputation. Now, several months later, he details some of the complications he had from the procedure, which he is still dealing with to this day.

Wheeler is one of the most accomplished and beloved bodybuilders of all time. That is why when it was announced he would be needing a partial leg amputation, the entire community gathered in support of this legend. Prayers and well wishes flooded in from the community, in a way that was touching to see.

Since then, Wheeler has shown some improvement in a lot of areas. Although some days are better than others, he has been able to get back in the gym a bit. However, he is obviously far from being able to train fully.

As the months go by, more information is revealed about the complications which resulted in the need for the procedure. Most recently, Flex Wheeler took to Instagram to divulge some troubling information about what happened shortly after the procedure. The post shows an unequivocal lack of muscle in his arms. As he explains, he had some complications from a stint in his right arm, which led to him losing the use of the limb.

In a attempt to save my right leg. A stent was put in my right peck that goes all the way down to my right leg.
Unfortunately the day after the emergency surgery the stent irrupted. Within seconds my right peck, shoulder and neck was full of Blood🩸 to the point were my neck was so swollen that I was losing consciousness due to not being able to breathe. My amazing doctors had to go in and do a emergency surgery to stop the blood loss. But due to me being on intravenous heparin ,
They had to wait 24 hours to make sure I wouldn’t bleed out. So I laid there screaming and hallucinating going in and out of consciousness. Due to the nerve damage and neuropathy. I lost full usage of my right peck, shoulder all the way down to my fingers. ( evidently blood and nerve endings/internal tissue don’t get along too well )

Thank GOD for the little things 🙏🏾 Disabled. But I’m not disabled!!!

It is terrible to see Flex Wheeler having to go through these health issues. Hopefully the worst is behind him, and he can put some muscle back on. Regardless, it is impossible to not be inspired by his positive attitude in the face of such adversity.