Flex Wheeler to Undergo Back Surgery, Says Not Sure If He’ll ‘Be Able To Make It Through’ 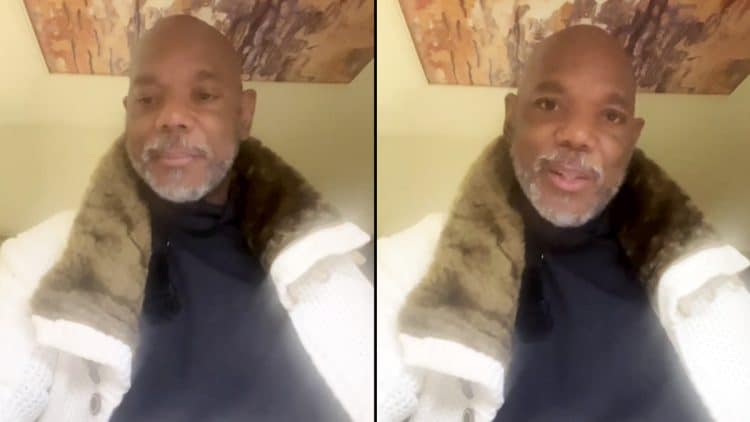 Bodybuilding legend Flex Wheeler will soon undergo difficult back surgery. Wheeler is currently attending the 2022 Arnold Sports Festival in Columbus, Ohio where he will also launch his signature nutrition series with Bullfrog Nutrition. In a three-minute-long Instagram video, Flex Wheeler gave a health update and revealed everything that he has been going through.

At the beginning of the video, Flex Wheeler revealed that he had to undergo rotator cuff surgery on Thursday. The 56-year-old stated that he will have to undergo another procedure and explained the severity of the situation.

Courtesy of Flex Wheeler’s Instagram, you can watch the full video message here:

“I’ve a major back surgery coming up and that’s going to be pretty intensive. I’ll be really cutting clear about it. They’re not even sure if I’ll be able to make it through that surgery or the recovery. But it’s something I have to do because I can’t endure the pain anymore,” Flex Wheeler said.

Flex Wheeler further stated that he was supposed to fly out on Monday. However, he was rushed to the hospital by EMTs the same morning due to the complications during his recent rotator cuff surgery.

“The tube that they put down your throat to help you breathe while you’re unconscious, unfortunately did a lot of damage to my throat. So, Monday morning I had to call emergency. They brought me in and immediately the EMT said you’re not going to make it tomorrow. We’re definitely going to keep you for 24 hours.”

However, the doctors discharged Flex Wheeler after about eight hours and he could thankfully travel to Columbus, Ohio on Tuesday. Wheeler thanked everyone for their good wishes and stated that he was extremely excited to be in Columbus.

“I appreciate all you guys support. Thank you everybody who came out to (support me)… Bullfrog Nutrition… Thank you very much Bullfrog for my line. I’ll look forward to seeing you all tomorrow and throughout this weekend.”

Doctors advised Flex Wheeler to hold the back surgery for now

Continuing further, Flex Wheeler added that he was in the hospital for 14 days and that’s when the doctors found out about his back condition. The 56-year-old had to take an emergency flight to Stanford and meet with neurologists. They told Wheeler to hold the plans to have surgery until he gets ‘his life in order.’ Wheeler is maintaining a positive attitude amid uncertainty and concluded:

“So I’m going through that with my will and all that stuff. So, what’s the lesson behind all this? Never give up, man! Simple as that… Never ever give up.”

Flex Wheeler has fought through a number of severe health issues over the past three decades and emerged victoriously every single time. Fitness Volt wishes him all the best in this battle.