Life and accomplishments of Flex Wheeler 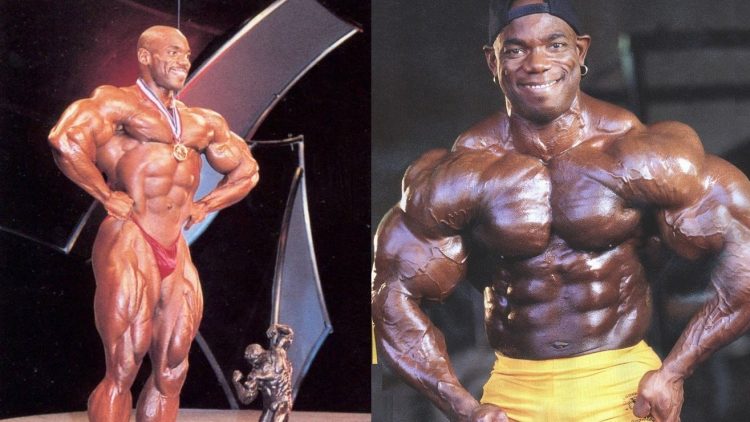 Flex Wheeler is a retired IFBB Professional Open division bodybuilder. He’s won several major bodybuilding titles and Arnold Schwarzenegger called him one of the greatest bodybuilders in history. This is his complete profile, biography, training regime, diet plan, and more.

He grew up rather poor all-around, both due to a lack of money, and the physical abuse he suffered which made his living situation much worse. In fact, his mental health suffered to a great degree leading to suicidal thoughts.

But young Flex found refuge and a positive outlet in martial arts and weight training, both of which followed him into his adult years. Although, Wheeler is on record referring to himself as a “martial artist first and a bodybuilder second”. He’s even won several martial arts tournaments while he was competing on the bodybuilding stage.

Flex earned his nickname (Flex) due to having really good flexibility and being able to do splits, and not because he was a bodybuilder who flexed his muscles as a career choice.

He was extremely skinny in high school weighing 98 lbs/44kg and even earned the nickname Skinny Kenny. He still weighed 98 ls when he graduated high school. He was so skinny that when he went to play football, there were worries that he could incur serious injuries due to his size.

“I was so small and skinny that the insurance for the school wouldn’t cover me because I was that big of a risk.”

So he started weight training at the school and fell in love with it. His father even bought him a plastic set of 110 lbs/49kg cement weights. At the time, all he wanted was to be able to bench press 110 lbs but he couldn’t quite get it.

We all know the rest of the story with Wheeler becoming an all-time bodybuilding great.

Even the great 7x Mr. Olympia Arnold Schwarzenegger has said Wheeler was one of the greatest bodybuilders he ever saw and he’s not the only one.

Flex Wheeler competed in 1983 for the first time but his first win was the 1985 Teen Mr. American Medium Tall. In 1992, Flex earned his Pro Card by winning the USA Championships Heavyweight and Overall.

After a short career as a police officer, Wheeler focused full time on becoming a professional bodybuilder.

This would start the beginning of his legacy, winning the 1993 Arnold Classic; the second most prestigious event behind none other than the Mr. Olympia competition. This was a record number of wins for the Arnold Classic at the time.

He also won the Arnold Classic in 1997, 1998, and 2000 and is a 5-time Ironman Pro winner, in addition to having placed first at the France Grand Prix, South Beach Pro Invitational, Night of Champions, and Hungarian Grand Prix.

The “Sultan of Symmetry” as he was also nicknamed, was runner-up to 6x Mr. Olympia champion Dorian Yates at the 1993 Olympia. He had the same result in 1998 and 1999 finishing behind 8x Mr. Olympia Ronnie Coleman.

Unfortunately, Wheeler never won a Mr. Olympia title. Many believe he is an uncrowned Olympia champion along with the likes of Shawn Ray, Kevin Levrone, Lee Priest, and other legends.

He retired in 2003 and made a comeback to the Classic Physique division in 2017 but placed 15th of which he was officially done with competition.

Flex Wheeler is an icon in the world of bodybuilding and was born for the sport. His shape and development will always be ingrained in the minds of fellow competitors, current competitors, and fans alike.

Flex Wheeler was a spectacle to watch in the gym. He trained a lot with his coach the legendary Charles Glass and was often accompanied by fellow IFBB Pro Chris Cormier.

Below we’ve provided some of the workout routines of Flex from his Olympia days.

Many of Wheeler’s workouts involved supersets of which would involve the following exercises.

Wheeler still trains today after having a prosthetic leg put on and learning how to walk again. He’s the true definition of a warrior.

Because of his kidney issues, Flex Wheeler cannot eat like he did when he was competing. But his diet consists of lean protein sources, healthy carbs, and good fats.

We didn’t find as much info on his diet during his competitive days. But beef, chicken, eggs, potatoes, and rice were and still are staples for a competitive Pro division bodybuilder.

This is one of the diet plans for Flex Wheeler that we found courtesy of fitnesstipblog.org.

Since retirement Wheeler has participated in martial arts, his specialism being Kemp-Kwon-Do, a variant of Kempo and Tae Kwon Do. Many may not know this but he participated in a championship match at the 2005 Arnold Classic.

In 2007, Flex was interviewed by freelance journalist Rod Labbe for Ironman Magazine’s LEGENDS OF BODYBUILDING series. Entitled “Yesterday and Today” it covers his extensive career and reveals how a Legend can conquer adversity and triumph against incredible odds.

Flex is a partner with AAEFX currently serves in an executive position as the Director of Media and Public Relations for the Sports Nutrition Company All American EFX, based out of Bakersfield, California. Flex has his own product line with AAEFX called “Flex Wheeler Signature Series”. Additionally, he manages their sponsored athletes and can be seen in numerous advertisements for the company.

Flex was added to the Guinness Book of Records in 2000.

In 1994 he was involved in a near-fatal car accident that could have left him with lifelong paralysis. He started from scratch again, returning with remarkable speed to the top ranks of the sport.

In 1999 Wheeler discovered that he had Focal segmental glomerulosclerosis, a form of kidney disease. Despite press speculation as to the cause of the failure, Wheeler pointed out that the condition is hereditary, not self-inflicted. Wheeler announced his retirement from competitive bodybuilding in 2000 but continued to compete until 2002. He received a kidney transplant in 2003.

In 2019, Wheeler had his leg amputated after complications during emergency surgery. He’s explained feeling like half a man but has since made big improvements all-around and has a prosthetic leg.

Flex was given the first-ever Olympia Inspiration and Courage award because of his warrior spirit through his health challenges.

Flex Wheeler is a bodybuilding legend and fan-favorite despite being a retired competitor. His incredibly symmetrical and aesthetic physique back in the 80s and 90s was something to be in awe of and the photos from his days on stage against the best are still just as impressive several decades later.

Wheeler is a warrior despite his unfortunate medical history and continues to inspire so many around the world to keep pushing through regardless of what life throws at you.

Bodybuilding legend Flex Wheeler is on the mend following a second painful surgery for a rotator cuff in his left...

Bodybuilding legend Flex Wheeler has sacrificed a lot for the sport and was forced to go under the knife for...