Flex Wheeler Opens Up On Emotions Before Getting Surgery 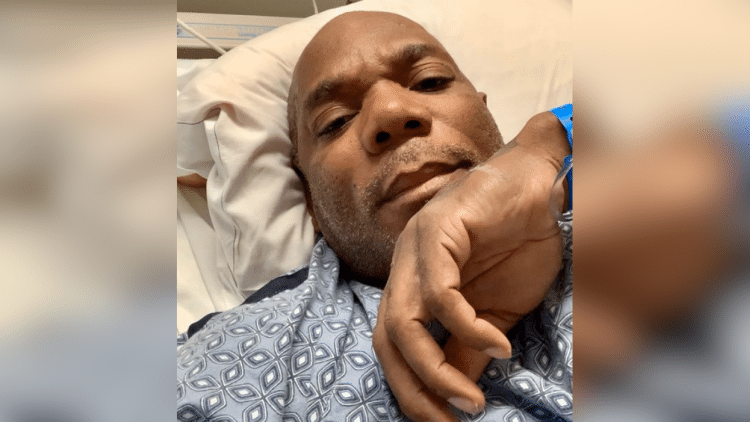 Flex Wheeler was forced to get a partial leg amputation a couple of weeks ago. Now he shares a video detailing his thoughts just hours before the procedure.

Wheeler has had a litany of health issues over the last few years. First he had problems with his kidneys, resulting in a transplant. Then, due to some health complications, he was forced to get a partial amputation on his right leg. As a result, he was stuck in the hospital for several days, staying out of the public eye, before finally speaking out on the situation.

While reports were that Wheeler had been maintaining a positive mindset, that was not always the case. In a video, recently uploaded to Instagram, Flex is speaking just a couple of hours before the surgery. It is clear on his face how stressed out he is regarding the circumstances he was facing.

Additionally, he speaks on needing a sedative to sleep the night before, but that still not working very well. Furthermore, he begins getting emotional, as he talks about knowing that he is going to be waking up without a leg.

This was his somber message:

This is clearly a very vulnerable version of Wheeler, as he is headed to surgery. He opens about how the real battle will start after the procedure is done, and he has had the partial amputation. Moreover, he talks about taking a shower the night before and essentially saying goodbye to his foot. The emotion is palpable as he explains how he is coming to terms with things, although he almost seems in shock.

It was incredibly big for Flex Wheeler to upload this video, showing a vulnerable side to him. FitnessVolt, as well as the rest of the bodybuilding community, sends well-wishes his way.

Incline Dumbbell Curl Vs. Preacher Curl: Which is More Effective?