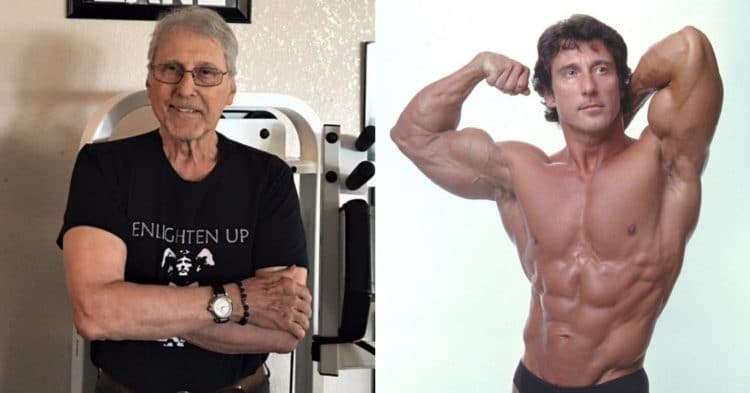 It may have been nearly four decades since the last time Frank Zane took to the bodybuilding stage, but he is still in the gym. He recently took to his social media to share one of his favorite bicep exercises, and looked significantly better than his age.

There are a lot of accolades that you can point to, in order to explain how impressive and influential Zane was in his prime. As a three-time winner of the Mr. Olympia, capturing the overall title in 1977, 1978, and 1979, he is a true pioneer in the sport and has gone on to inspire generations of athletes after him.

Frank might be 79 years old now, but he is still active and in the gym, as he has shown on numerous occasions, and displayed again recently with a post to his Instagram. Here, the bodybuilding legend broke down one of his favorite bicep exercises, which is an incline curl variation, performed while laying face down on the incline bench.

“This puts tension on your biceps right at the top. So you let the dumbbell hang down, and you curl up, and stop at the top and then go down slow,” Zane said.

“You want to develop a rhythm when you’re doing them. Rhythm is what counts… You want to do about 10 reps… It’s a great exercise for peaking.”

This is a solid piece of training advice from Frank Zane, who knows a thing or two about properly peaking for competition. After all, with almost 20 years of competitive experience, he has been through his fair share of prep cycles.

It is not often that Frank gives current updates on his social media, but when he does it is always great to see. He even likes to share his wisdom from years of training and competition, at every single opportunity that he gets.

It is not just with bicep exercises either, as Zane has also dropped knowledge bombs on how to get the most out of tricep extensions too. For this exercise, he says it is all about keeping the proper form with the dumbbells, in order to put the right amount of tension in the correct areas.

To see Frank Zane still able to hit the gym and move weights around at nearly eighty years old is impressive enough, but for him to still be teaching people best practices is amazing. He is a legendary figure in the sport, and everyone could learn a thing or two from him.

Mark Wahlberg Gets His Abs Back After Insane Reverse Body Transformation