Frank Zane Talks His Career, Preparing With Arnold, And More 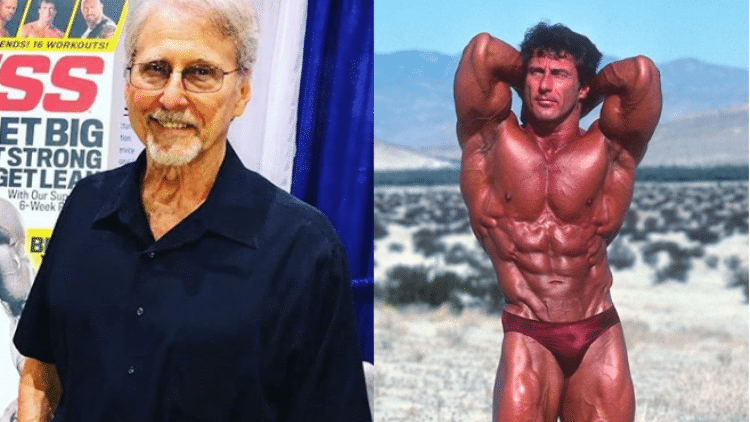 Frank Zane is nothing short of a legend in the bodybuilding world, being regarded as having the best physique ever. He has finally decided to open up and share his secrets of bodybuilding with the world.

Zane is one of the greatest bodybuilders of all time. His list of accolades goes on and on. On top of that, he has affected and helped future generations of athletes. Subsequently, he has been able to maintain an unbelievable physique, even into his 70s. He truly is one of the biggest inspirations in the bodybuilding world.

Recently Zane did an interview reflecting on his career. He opened up about helping Arnold Schwarzenegger, in and out of the bodybuilding world.  He also described how Arnold would help him as well.

We were like a coach for each other. He would tell me stuff about how people were reacting. One thing that he really helped me with was, I had this pose. It was like my most sensational pose, the vacuum, where I put my hands [behind my head] and pull my stomach way in, and everything just flares out. I was doing that in the middle of my routine, and getting a big response from it. He says ‘You know, you really need to do that at the end of your routine.’ He was right, and from that point on, I did it at the end of my routine, and it always brought the house down.”

He continued, discussing how they would practice their poses together.

Frank Zane then went on to discuss going to Muscle Beach, and the changes he saw there. Additionally, he talked about the various training partners he worked with throughout the years. However, he did say that it is important to limit who you train with to stay focused.

“The thing is, you get a training partner that will do exactly what you do, and the only time you rest is when he’s doing his set and you’re spotting him, so you have that kind of close-knit focus. That prevents people from coming in, you don’t want them coming in and bothering you. You don’t want anybody to break your focus. The more people that are around, the more likely that is to happen, and people think nothing of it. They think it’s okay to talk to you while you’re working out, but it’s not.”

Zane then talked about what it was like training with Arnold, however, that he was working out too much.

“We were doing chest and back on Monday’s and Thursday’s, legs on Tuesday’s and Friday’s, and deltoids and arms on Wednesday’s and Saturday’s. Six days a week like that. It was pretty intense, it was really too much training for me.

I modified that, I knocked it down to where I was training three days in a row and rest the fourth day, instead of going for six days. Towards the end you’re just wiped out. So this way I felt good all the time. I felt strong, and made good progress that way.”

The conversation then shifted to how he changed the intensity of his workouts. He addressed the adaptations he made to his training, as his career progressed. He then talked about the secret to winning these competitions.

“I learned the secret of winning. The secret of winning is to win it ahead of time. Now, it doesn’t mean that you shouldn’t hang out with judges and get to be their friend, and take them out to dinner and all that. Although that can help. But I’m not saying that. Basically what I’m saying is that you believe you’re the winner, and you act like the winner. You don’t flaunt it, and you don’t use tentative speech.

It seems that, like with most things in life, it is all about the mindset.

Frank Zane went on to talk about his career, and things he has done. The full interview is below, where you can see all his secrets for bodybuilding success.