Mark Wahlberg Gets His Abs Back After Insane Reverse Body Transformation

After getting out of shape for an upcoming movie role, Mark Wahlberg has finally begun to shed the extra pounds 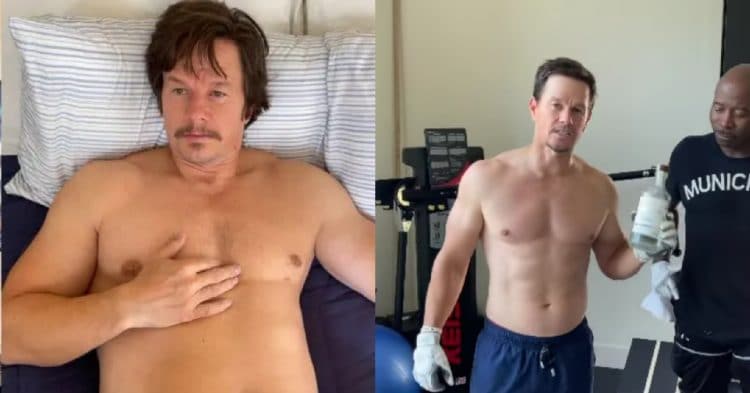 In a rarely seen reverse body transformation, Mark Wahlberg gained a ton of weight so that he could look out of shape for an upcoming movie role. Following this 14 week transformation, he is finally getting back to his typical fitness routine, and the proof is in his abs which have finally returned.

Wahlberg was nearly unrecognizable in the updates that were seen of him, during his reverse transformation for his titular role as retired boxer and priest in the upcoming film Father Stu. It was working out for him too, as he was seen sporting a large belly in the midst of increasing his caloric intake big time to add 30lb to his physique.

However it seems that the time for this has passed, and Marky Mark can get back to the type of fitness training that he has been known to love. He recently posted a workout video to his Instagram, where the 50-year old can be seen doing some toe-to-bars, with his big gut missing and a six pack of abs in its place.

You can tell in this video that Mark Wahlberg is still quite bulky, especially compared to the super lean and shredded physique that he was blasting when trying a plant-based diet. That being said, it is easy to tell that the weight he added over the last few weeks is slowly starting to come off.

Having your weight yo-yo up and down like this is not healthy for anybody, but typically when you are young it is fairly easy to manipulate your body in this way. With Mark being 50 now though, it will certainly take some real effort for him to lose the weight that he gained from eating a staggering 11,000 calories per day.

Nevertheless, Wahlberg is dedicated to his fitness like he always has been, and is working his tail off to get back into good shape. He has been putting the time in the gym so that he can shed those pounds, and slowly but surely it is paying off.

Mark Wahlberg has long been someone that takes his health and fitness seriously, having a very disciplined approach to what he eats and how often he trains, even when he was bulking up for this movie role. So it is not a surprise to see that he is falling right back into a strict regimen to help him get back his physique, one workout at a time.

How to Structure Your Own Workouts

Nearly every person who works out wants to develop a defined six-pack. Yet, very few actually achieve the goal. Part...