While you might never win the Mr. Olympia, that doesn’t mean you can’t train like a former champion! Build old-school muscle with this growth program from Frank Zane. 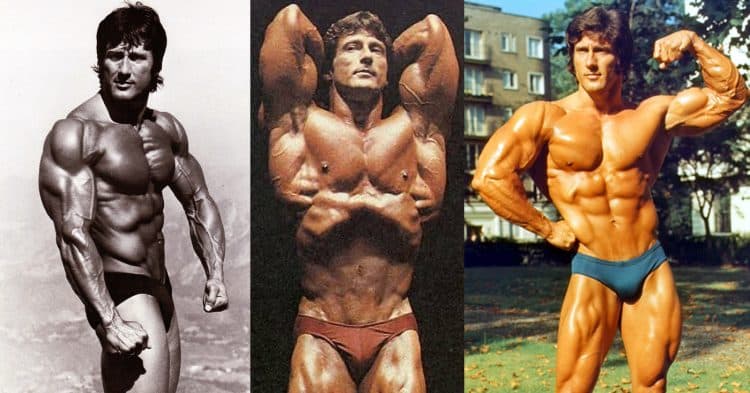 Before bodybuilding became a sport where mass matters most, competitors had much more athletic and arguably more aesthetically-pleasing physiques. Even heavyweights like Arnold Schwarzenegger and Lou Ferrigno still looked human. Compared to golden-era bodybuilders, today’s competitors look like they’re from another planet!

Of all the old-school bodybuilders, Frank Zane was amongst the best. One of the few people to ever beat Arnie, Zane won three Mr. Olympia titles (1977, 1978, and 179) and regularly placed higher than people much bigger than him.

Zane typically competed at a bodyweight of less than 200lbs. Modern-era bodybuilders often tip the scales at 300lbs or more. His success was partly due to his attention to detail and determination to sculpt a perfectly balanced and proportional physique. This scientific approach to training and nutrition earned Zane the nickname “The Chemist.”

Frank Zane tended to avoid bulking and cutting cycles because they didn’t give him the results he wanted. Instead, he stayed relatively lean all year round and made small changes to his diet during the run-up to competitions. He also used different training programs based on his competition calendar.

In this workout, we reveal and discuss Frank Zane’s growth program.

Frank Zane often trained with Arnold Schwarzenegger and that influenced The Chemist’s own training methods. Arnie was a big fan of working out six days a week using a three-way push/legs/pull split, and that’s the approach Zane used for increasing muscle mass.

Remember that Zane was a professional bodybuilder, and training was his job. When not in the gym, he could dedicate himself to rest and recovery. His diet was also top-notch. Because of this, Zane could train hard six days a week and still make progress.

This combination of high frequency and high-volume training may be too much for less gifted lifters. Don’t dive head-first into the Zane growth program unless you can pay as much attention to nutrition, rest, and recovery as you do the workouts.

Workout 1 – Back, biceps, forearms, and abs 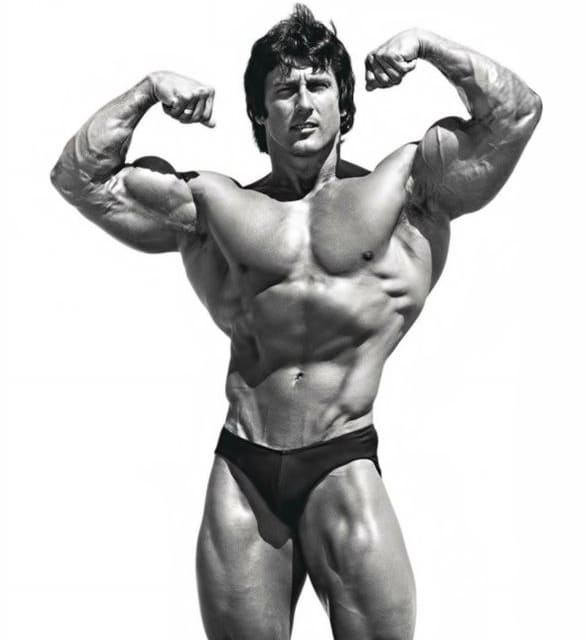 Monday might be national chest training day, but Zane started his workout week by training his back, biceps, forearms, and abs. This was his “pulling” day.

The Frank Zane back workout starts with a classic mass builder – deadlifts. Done with a wide grip, also known as snatch-grip deadlifts, this exercise works the upper, mid, and lower back all at the same time. Zane used the pyramid method for many of his exercises, where each set was done using more weight but for fewer reps.

Zane favored dumbbells over barbells for training his biceps. He also used the peak contraction method, which means he paused at the top of each rep and squeezed his biceps as hard as he could. This was thought to increase muscle hardness.

As a naturally slender ectomorph, Zane had small wrists, so he trained his forearms to make this less noticeable. Many of his contemporaries had no need to do direct forearm training as gripping heavy dumbbells and barbells gave them all the lower arm size they needed.

Frank Zane had one of the smallest, tightest waists in bodybuilding. While this was partly genetic, it’s clear that The Chemist took abs training very seriously too, and he worked them at the end of every workout, performing as many as 1000 reps in the lead-up to big competitions. Zane was renowned for his vacuum pose. 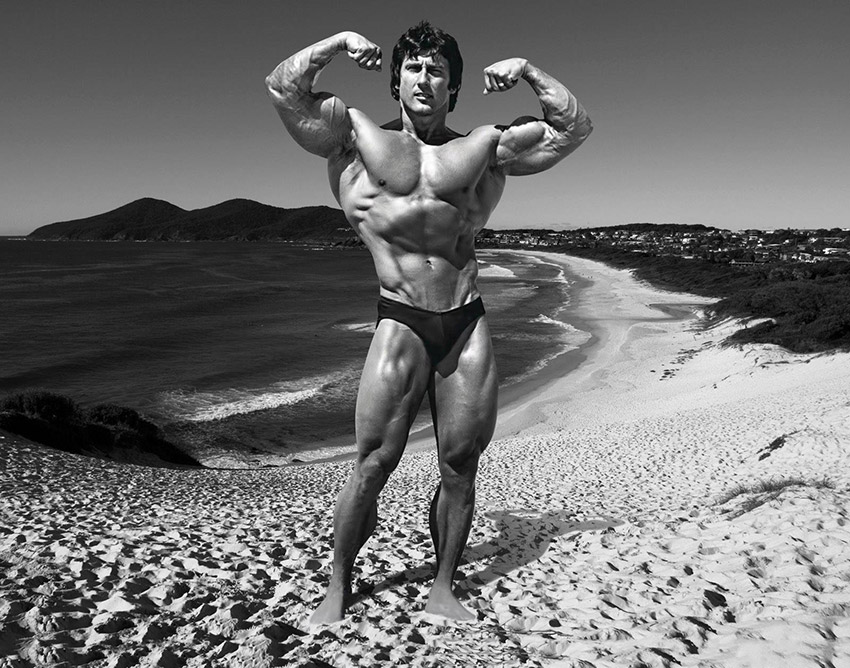 The Frank Zane leg workout starts with leg extensions which he used as a warm-up more than a muscle builder; he saved heavy leg extensions until later in the program. Then it was onto squats using the pyramid training method.

The most remarkable thing about the Zane leg workout is how uncomplicated it is. This goes to show that you don’t need a fancy program or convoluted training program to build world-class muscle!

Zane started his bodybuilding career with less-than-stellar calves. As such, he made sure to train his lower legs as hard as his thighs to keep everything in proportion. 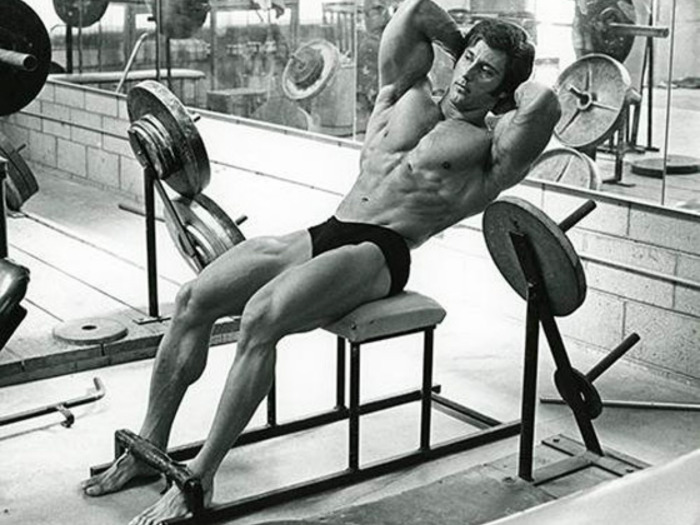 As with all his workouts, Zane finished his leg program with plenty of direct abs training. However, to rest his upper body, this did not include any hanging leg raises. Instead, he focused on variations of crunches, sit-ups, and lying leg raises, all done for high reps. 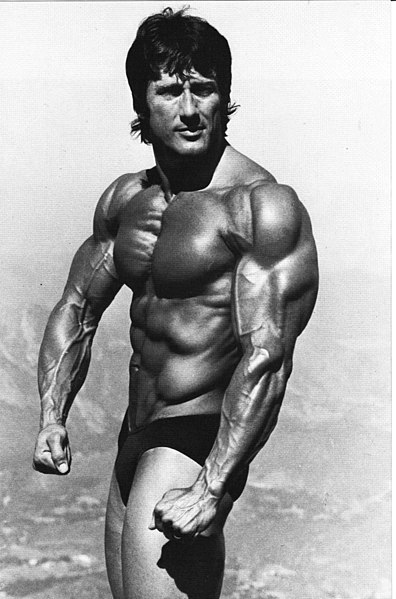 Frank Zane’s chest, shoulder, triceps, and abs workout is a bit of a marathon and took two hours or more to compete. He made sure that he hit every muscle from all possible angles. Using a combination of heavy and light exercises, this helped him create one of the best upper bodies in bodybuilding history.

The Chemist made sure he trained all three triceps heads equally by doing exercises with his upper arms in three different positions.

The Frank Zane shoulder workout includes no overhead presses. That’s because his anterior deltoids got all the work they needed from exercises like bench presses and flyes. Instead, The Chemist made sure his shoulders were perfectly proportioned by focusing on his posterior and medial deltoids instead.

Zane’s chest, shoulders, and triceps workout ends like all his other training sessions – with more abs work. 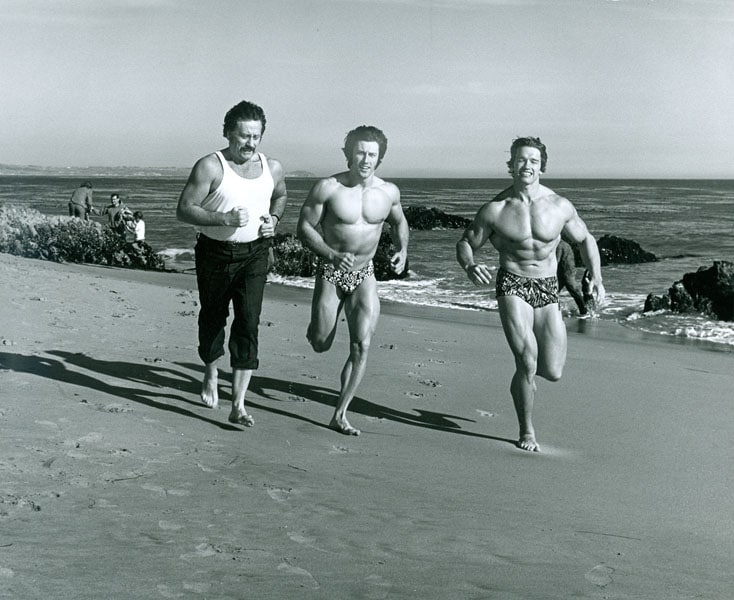 Frank Zane did 15-20 minutes of cardio four days per week, even during a growth training cycle. He either ran 1.5 miles or did some stationary cycling. This helped him maintain a low body fat percentage and improve his cardiovascular fitness. Cardio was done after the upper body workouts, but not on leg training days.

Frank Zane was never the biggest or most muscular golden-era bodybuilder, but he was undoubtedly one of the most well-proportioned. Despite his comparatively lighter body weight, he had a reputation for being as strong if not stronger than his considerably heavier contemporaries.

While training abs every day is a somewhat controversial choice, it’s clear that this approach worked for Zane, as he had one of the best midsections in bodybuilding history.

If you’re tempted to try Zane’s growth program for yourself, you may want to start by working out just three times per week, i.e., Monday, Wednesday, and Friday. Six workouts per week may be too much and could lead to overtraining and injury.