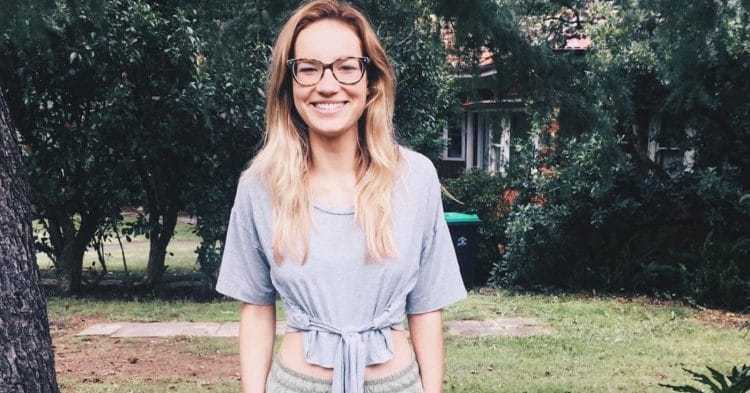 Most people have been unable to go to the gym because of restrictions with the global health crisis. However 27-year old powerlifter Gabi Goddard had a different kind of issue that led to her not being able to enjoy her usual training session.

When Goddard went to the Hornsby 24/7 Gym in Australia, she was expecting to have a normal training session. However to her surprise, she was approached by the owner of the gym, who told her that there was a complaint made about the attire she was wearing during her session. Despite only wearing fairly standard gym shorts and a sports bra that was not very revealing, the gym owner told Gabi that a complaint had been made by a teacher who was accompanying students from a local high school. Apparently her shorts were too revealing for the teenagers who were in the gym, and she was asked to leave and change her clothes.

Following this incident, Gabi Goddard was decided to write a formal complaint letter to the school, regarding the teacher who had apparently complained. She made her case that the facility was not air conditioned and it was hot, so she wore breathable and flexible clothing to accommodate her deadlift training. Moreover she explained that, while she understood the pressure likely felt by the gym owner, it is not fair for the teacher to complain about her reasonable attire in a public gym, even if the school has a contract with the gym.

“Your school is perpetuating values (with real life consequences) that are demonstrably harmful,” Goddard said. “Namely, that we live in a world where 14 year old boys are given priority over women.

Where women are punished for boy’s and men’s propensity for objectifying women. As a government institution, what right do you have to be representing such values?

“I would like to reiterate that the outfit I was wearing today was in no way gratuitous. It was very appropriate for the situation, and violated no dress codes. I have worn such outfits at many gyms and have never had a single complaint. It is discouraging that this particular complaint came from a person charged with moulding our next generation into well-round adults; ones who respect women and shun rape culture.” 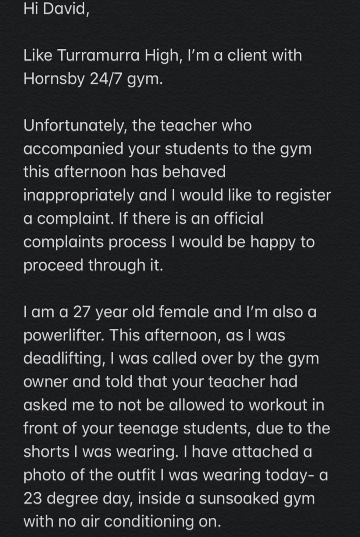 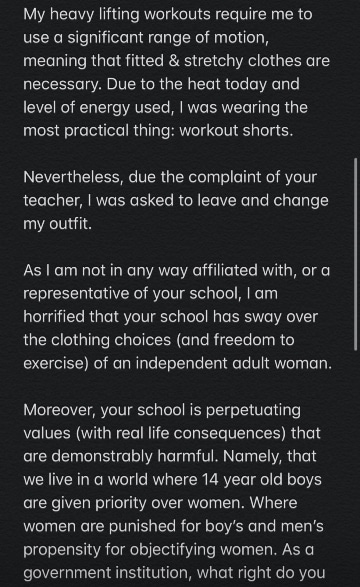 However, as it turns out, the situation did not exactly unfold the way Gabi Goddard originally thought. After receiving a response from the school, dismissing the claims that a teacher made the complaint, she again reached out to the gym owner. It was here, that she discovered the truth; it was that owner who had an issue with her attire, going out of her way to ask the teacher if they had a problem with Gabi’s clothing. The owner then used this as an excuse to ask Gabi to leave.

At this point, Gabi Goddard has already found a new gym to go to, one that has no issue with standard training attire. However that does nothing to take away from how ridiculous this situation became. You can check her Instagram Story for the full exchange she had with the gym owner, and how things unfolded.