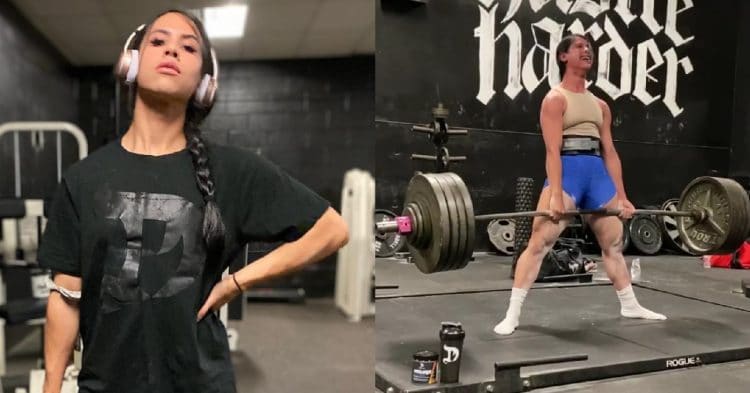 Most of the time, it is hard enough to hit one personal record while training. However powerlifter and Wellness Athlete Gabrielle Santarosa managed to do so twice in one day, with the same lift.

As her 24th birthday approaches, Santarosa has managed to prove her skills as a legitimate talent in powerlifting. She is still super early on in her career, not even having competed for two years. However in that time, she has been tearing through the ranks of the 75kg and 67.5kg divisions, both as an Open and Junior competitor, winning the USPA North American Championships last November.

As impressive as these performances have been in competition, most of the awesome work Gabrielle Santarosa has been doing lately, has been in the gym. She showed this again in a big recently, with a post to her Instagram. Here she hit a 435lb deadlift, scoring a personal record along the way. However she was not satisfied here, and quickly followed it up with another massive deadlift, this time pulling 440lb and extending her PR even further, in the same training session.

Today was a deadlift party for sure!! @sarah_tzu_ from my OG followers; you guys know this is my other half. She came to train today and give me all the energy for deadlifts. We lived for this feeling during those preps and there’s nothing like it. To pull and move a weight I’ve never touched before, or I failed in a meet or in training is unreal. 7.5 weeks out from a bodybuilding show, but I have love for this too.”

As she explains in the post, Gabrielle is training for a bodybuilding show. Yet that did nothing to stop her from putting up these incredible numbers. Moreover she is still maintaining the type of sleek physique required to be successful as a Wellness Athlete.

Even dividing her attention between powerlifting and bodybuilding, Gabrielle Santarosa is a super talented athlete, who is only getting better. Hopefully after this next show she can get back to lifting competitively, because she has clearly been improving. It will be interesting to see how she looks the next time she steps on the platform.