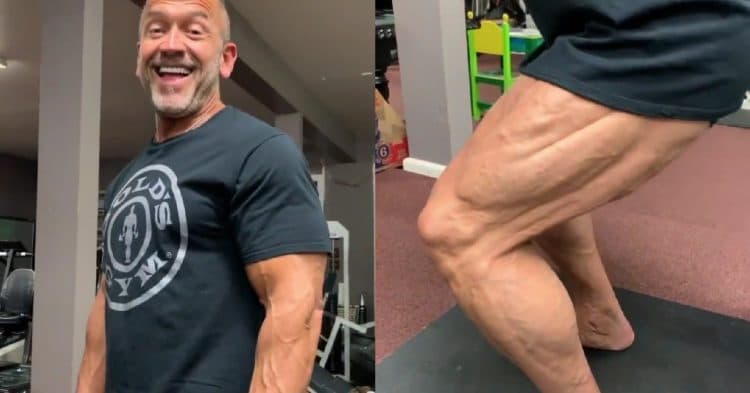 By 60 years old, most retired bodybuilders are struggling with their body breaking down, but not Lee Labrada. Now he shares what he does differently, to keep his body looking impeccable.

IFBB Hall of Famer Lee Labrada competed for just over a decade, between his amateur and pro career. In that time, he won the Mr. Universe contest, as well as was the runner up at the Mr. Olympia two years in a row. Although he never had the most impressive career, it is still worthy of respect, simply due to the level of skill and talent that was behind his physique.

This talent carries with Lee Labrada, even as he approaches three decades since his last competition. He has shown in the past that at 60 years old, he is still ultra jacked, but he took to Instagram recently to explain how. After sharing a video of his unbelievable legs, he explains what his training and diet typically look like, in order to create this nice frame.

“So I have fans and friends ask me, “Lee, what kind of shape are you in these days?” I couldn’t resist. Not bad for 60 years old right? Makes the case for muscle maturity. I’ve been training with weight religiously since I was 16 years old. I still train with weights almost every day, and on days that I don’t, I do cardio. I also eat a clean diet, but it’s not restricted calorically. Which means I’m never hungry. I eat as much as I want of clean foods: lots of fish, chicken and dairy, lots of fruits and vegetables, rice, yams and oatmeal, and I try to stick with whole foods. When I’m in a hurry and can’t sit down to eat, I drink my Lean Body shakes with 40g of protein and zero sugar. Nothing too fancy, just good nutrition. Consistency is the key. I follow this program pretty much every day.”

Despite his son, Hunter taking the reigns as the leading man in the Labrada family, Lee is undoubtedly still in great shape. Back in the day, he was always known for having super defined legs, and it is clear to see that nothing has changed in that regard. Obviously he no longer trains for competition, but if he were step on a Master’s stage, he would absolutely be a force to be reckoned with.

At 60 years old and counting, Lee Labrada is still able to provide inspiration to anyone, young or old. He is a prime example of how hard work can pay off at any age, so long as you are focused and determined enough.