Giorgi Rostomashvili Appears To Pull Boat With One Finger 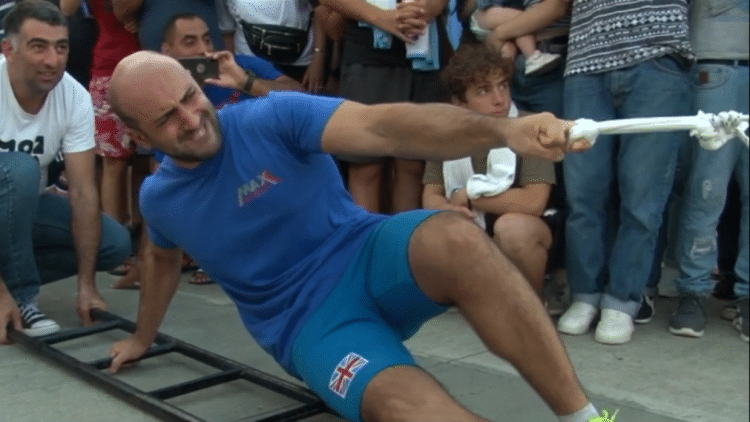 Georgian Strongman Giorgi Rostomashvili appears to have set a bit of an odd world record. A video surfaced displaying what seems to be him pulling a boat with one finger.

Very little is known about Rostomashvili, as of right now. However, a recent video has started to make people interested in knowing more about him. This video seems to show Rostomashvili pulling a giant boat, using just his middle finger!

The video was uploaded to YouTube, by Euronews, and it appears to show Rostomashvili pulling the tugboat. Additionally, it is known that the tugboat, by the name of Tamara 2, weighs roughly a massive 210 tons.

Check out the insane footage of this feat.

Some have called into the question the legitimacy of this footage, noting the fact that the video is edited. Nevertheless, the Georgian Records Federation awarded Giorgi Rostomashvili with the record for the heaviest boat pulled with a finger. Moreover it has been reported that they will be contacting the Guinness Book Of World Records to have the record verified.

Typically strongmen like Rostomashvili will tend to do feats such as pulling trucks, or flipping cars over. This is traditionally how they show their strength. However this is an interesting new accomplishment all the same. Perhaps if this record is verified, we will learn more about Giorgi Rostomashvili. This may even lead to us seeing him compete in more traditional strongman competitions. Then we can see where he stacks up against the rest.

What do you think of this footage? Is this record legit?