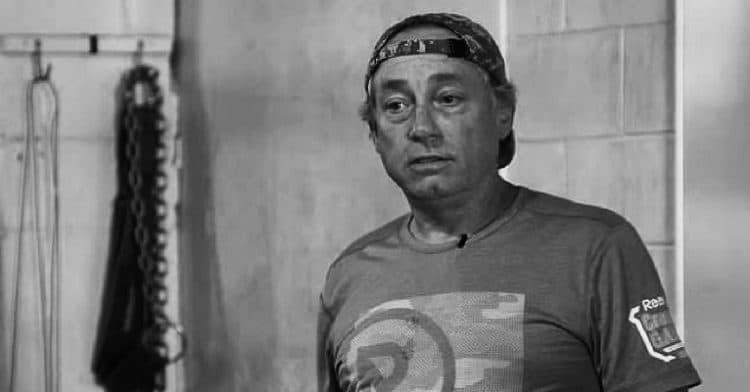 The fallout that has occurred from insensitive comments by CrossFit CEO and founder Greg Glassman has shaken the entire community. In light of these recent issues, he has officially decided to retire, but not before some more controversy arose.

The CrossFit world was up in arms after Glassman had some pretty insensitive things to say in regards to the current social climate in the United States. There were tweets and emails revealed, that many found in poor taste. It got to the point where athletes spoke out against him, gyms ended their affiliation with CrossFit, and brands refused to sponsor the company.

In the wake of this immense controversy, Greg Glassman has officially stepped down from his role as CEO of CrossFit. According to a statement from the company, Greg has opted to retire after this backlash. Although he maintains not committing any serious offense.

“I’m stepping down as CEO of CrossFit, Inc., and I have decided to retire. On Saturday I created a rift in the CrossFit community and unintentionally hurt many of its members. Since I founded CrossFit 20 years ago, it has become the world’s largest network of gyms. All are aligned in offering an elegant solution to the vexing problem of chronic disease. Creating CrossFit and supporting its affiliates and legions of professional trainers has been a labor of love.

Those who know me know that my sole issue is the chronic disease epidemic. I know that CrossFit is the solution to this epidemic and that CrossFit HQ and its staff serve as the stewards of CrossFit affiliates worldwide. I cannot let my behavior stand in the way of HQ’s or affiliates’ missions. They are too important to jeopardize.”

The same statement revealed that Dave Castro will be taking on the role of the new CEO. He also shared some words, giving his thoughts on the matter.

“CrossFit is a community — one that is global, diverse, and tough. Every person in our community shares a common bond. We are all dedicated to a visionary, transformative approach to health and fitness. Our individual passions for that approach have forged an enduring community.

Our community is hurt, though. Our shared bond brings together millions of people with differing opinions, viewpoints, and experiences. Friction is inevitable. Common ground, mutual respect, and fellowship must also be inevitable. I’m honored to take on the role of CEO of CrossFit, Inc. I hope to do right by affiliates, trainers, athletes, and other members of the CrossFit community around the world and never lose sight of the mission Greg established for us all.”

However, this news did not come before some more dark clouds have gathered over the name of Greg Glassman.

According to a recording obtained recently, there were some even more concerning comments made by Greg, during a Zoom meeting. Apparently, in a 75-minute long call with 16 affiliate gym owners and staff members, Glassman repeatedly expressed disparaging thoughts about the situation in the world right now, regarding race.

“We’re not mourning for George Floyd — I don’t think me or any of my staff are.

“Can you tell me why I should mourn for him? Other than that it’s the white thing to do — other than that, give me another reason.”

From there Glassman went on detail some frankly disgusting conspiracy theories and expressed doubts that systematic racism is a real issue.

“It’s very interesting that George gets popped with counterfeits, and who comes but the head of security from the dance club? Watch: This thing’s going to turn into first-degree murder,” he said. “That’s what it’s going to turn into. And it’s going to be because I’m predicting this. We have friends in the FBI in your neighborhood, and they’re of the view that this was first-degree murder and it was to silence him over the counterfeit money. That’s the belief. That’s what the cops think.”

The revelation of this transcript coming to life led to CrossFit publishing a public statement, addressing the situation. You can read that here.

At the end of the day, people are entitled to their own opinions regarding these types of situations. However, it seems hard to deny that CrossFit is better off without someone like Greg Glassman in charge, especially during times like these. Now all that is left to wonder is whether this action does something to resolve emotions throughout the community.